You are here: HomenextKeywordsnextGrover;TednextWaterloo Club Lunch 1972 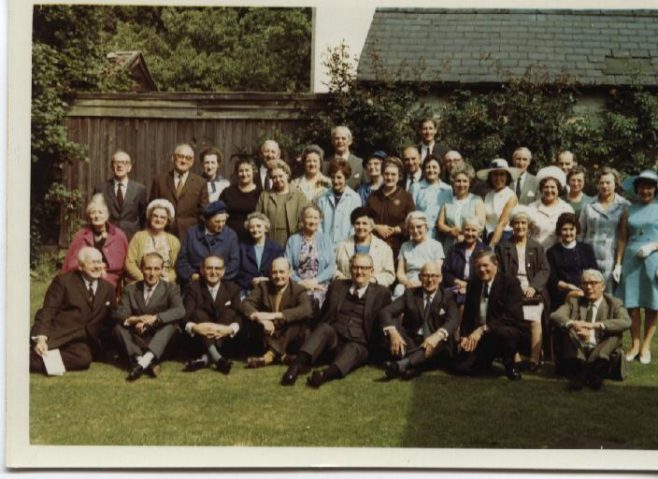 Alan Bennett worked in the Furnishing Fabrics Department for over 50 years.

Amy Burnell was the Section Manager of Notions in Haberdashery.

The Soft Furnishing Workroom was Managed by Tony Cooper.  Another Department Manager was Sid Head.

Millinery was Managed by Winifred Ford and Miss K Jelley was Department Manager of Gifts.

The Section manager of the Counting House for some time was Mary Lashmar.

Tony Gilbey was well known for some time in the Security Box.

Coral Gould was the Section Manager of the Display team.

Ted Grover was a popular Service Manager.  Phillip Lloyd was Department Manager of the Carpet Department.

David Manning worked in the Bed Department as Section Manager.

Teddy Potter worked in many areas including being Funeral Director and Deprtment Manager of Soft Furnishings; he was also Contrasts Manager for  while.

Mrs Redgwell was known as Reggie.  One of the Saes Assistants in Haberdashery was Miss Robson.

A Sales Assistant of the Wool department was Olive Turkentine.

Miss D A Ward, known as Winnie, was a Cashier in the Cash Desk, on the Shop Floor.