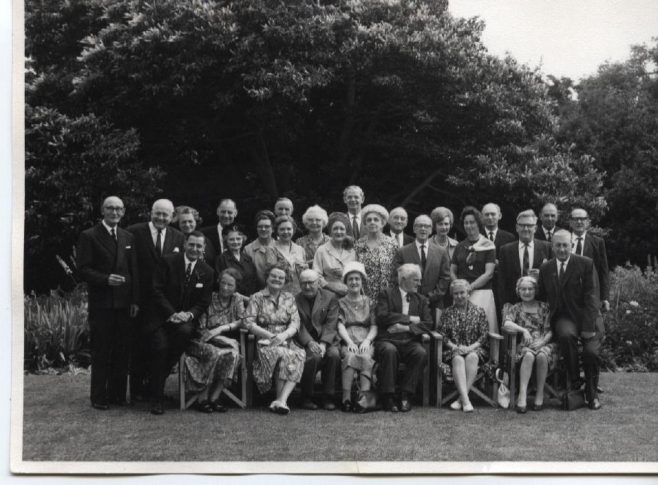 Alan Bennett worked in the Soft Furnishing Department for over 50 years in total.

Basil Carroll was the Display Manager.

Sid Head worked in the branch.

Phillip Lloyd was Department Manager of the Carpet Department.

Ann Piper was DM of the Coat Department.

Teddy Potter was for a time, Funeral Director and also Department Manager of the Soft Furnishing Department.

Miss D I M Sarjeant was a Partner at Robert Sayle.

Miss Sieveking was Registrar at the Branch.

Mr Lewis Smith was the General Manager of the Branch for some years and was accompanied by his wife Jean in the photograph.

Ozzie Smith was one of the van drivers.

Miss D A (Winnie) Ward was Cashier in the Cash Desk.