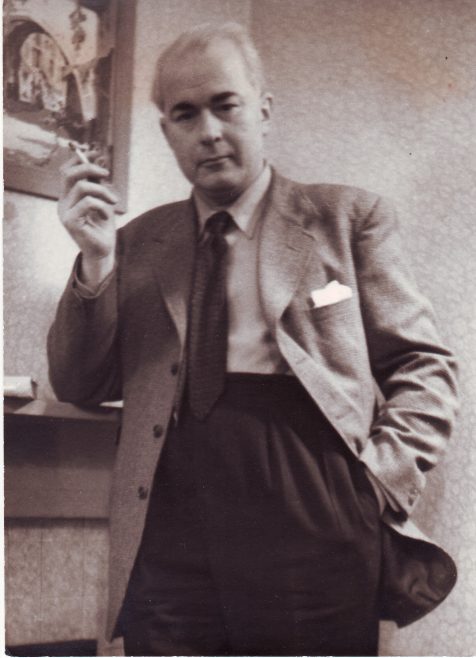 In his interview for the Gazette in 1975 Mr Potter recalled his career at Robert Sayle. (The Gazette 8.3.1975).
His career started at the age of 15 in 1923 when he joined the shop as a junior in the wholesale department.  Shortly after he joined he went to live in the hostel over the shop.
“When I entered the hostel I decided to make myself as comfortable as posible and at my own expense wallpapered my room, bought my own furniture and carpeted the floor in green Wilton.  Visitors to the shop were always shown my room and told the rest of the hostel was similarly furnished which wasn’t true at all”.  Meals in the hostel were good, however, and Mr Potter remembered that supper usually consisted of bread, cheese and a pint of Robert Sayle’s own brewed beer.
He progressed to a salesman but in 1935 left to train for missionary work.  He returned the following year and became the shop’s funeral director.  In 1942 he joined the RAF and was invalided out in January 1945 and returned to Robert Sayle as department manager of soft furnishings and linens.  He continued to work as funeral director as well as selling second hand linens (which were very popular at a time when supplies of new material was limited).  In 1953 he became the shop’s outside representative in charge of contract work, and remained in this position until his retirement.
Apart from his contribution to the business Teddy was the heart and soul of the social life of the branch working on many dramatic productions and taking part in social events and was a well knwn and much loved member of the Robert Sayle staff.