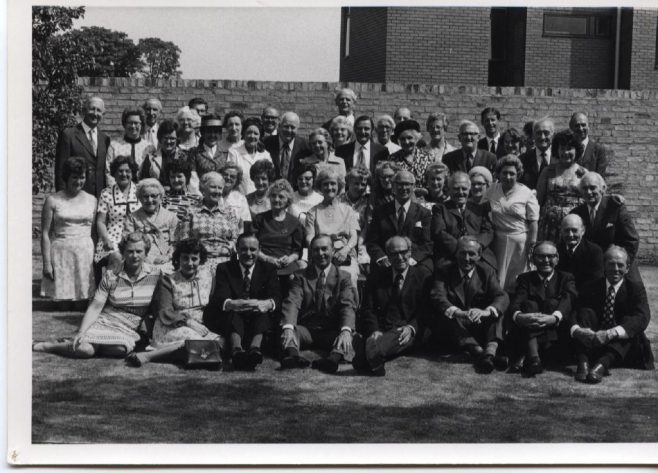 Alan Bennett worked for over 50 years in the Furnishing Fabric Department. Eddie Charlton also worked in the Furnishing Fabric Department.  Joan Franklin was also working in Furnishing Fabrics but in the Office.  Amy Burrell became section manage of Haberdashery as was Joan Mills for a while.  Dorothy Challis was known as Dot for her time at Robert Sayle.  For a while, Mr A J Cooper (Tony) was Department Manager of the Soft Furnishing Workroom.For some years, the Millinery Department was managed by Winifred Ford  Sometime ago, Eve France was Registrar for Robert Sayle.  Mr E (Ted) Grover, one of the Service Managers at Robert Sayle was known as Ted. Bill Rock worked in the Dress Fabrics Department where Bobby Howe was one of the Department Managers  and Miss Jelley. held the same DM position the Gift Department.  In the Bed Deprtment, David Manning was section manager and was very helpful leading walks for the Rambling Club.  Olive Phillips worked in Ladies Fashions and was known as Flippy!  The Despatch Department was where Will Taylor was employed While Olive Turkentine could be found in the Wool department.