You are here: HomenextRobert SaylenextEventsnextHistoricnextThose listed as living above the shop in the 1911 Census including Daisy Grace Pritchard 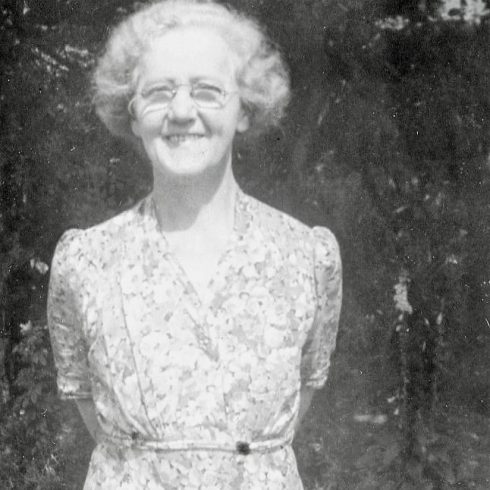 Daisy Grace Pritchard (known as Grace Pritchard) worked at Robert Sayle as a Sales Assistant in ‘Underclothing’ at the St Andrew’s Street store around 1911. She is on the census as living above the store, along with other staff when she was  21 years old.

Her future husband worked as a picture framer at Boots at the time but she had lived in London, prior to working at Robert Sayle.  It would be interesting to understand what brought her to Cambridge and to work in the store. Her family were Clothworkers and two of her brothers were Clothworker’s Scholars at St Paul’s Cathedral Choir so perhaps there was some way in which she managed to find the job with Robert Sayle through the Clothworker’s.

There was recently news about her family as her brother’s remains from WW1 were identified and were re-buried last year in a large ceremony in France.  Her Granddaughter, Janet Shell (who has given us this information) was interviewed on the Jeremy Paxman programme about this.

We would be interested if there was anyone else who had a relative working at the store around that time, either living over the shop or locally, so that we could build a picture of life in the store before or during that time.

Others mentioned as living above the store in the Census of 1911 include:-

Annie Gaunt and Edith Anker were  Shop assistants in Mantles but the Mantle cutter and fitter was Florence Clipstone who is listed as aged 82!

Rose Goodwin was a Fitter in Dressmaking and also listed as Fitter and cutter in that department was Annie Mitchel with Edith Andrews working in Costumes.

Ben Pywell was Manager of Undertaking while James Smith was Buyer of Woollens and Oliver Johnson was a Salesman in the same department.

Percy Norrington was buyer of Carpets.

Servants were also included, these being; Kate Wynter who was the Housekeeper, with Mercy Root, Miriam Scarr , Kate Turner, Kate Coleman, Mabel Hill and Elsie Chapman as Domestic Housemaids and Lidney Pampling as House Boy.

Alice Clarke was Cook, Rose Fuller, Kitchenmaid and Ellen Freestone was the Scullerymaid.

The youngest person living above the store was 17 years old and it appears that the oldest was 82!