You are here: HomenextRobert SaylenextEventsnextHistoricnextSylvia Lowe who started at Robert Sayle in 1959.

Sylvia Lowe who started at Robert Sayle in 1959. 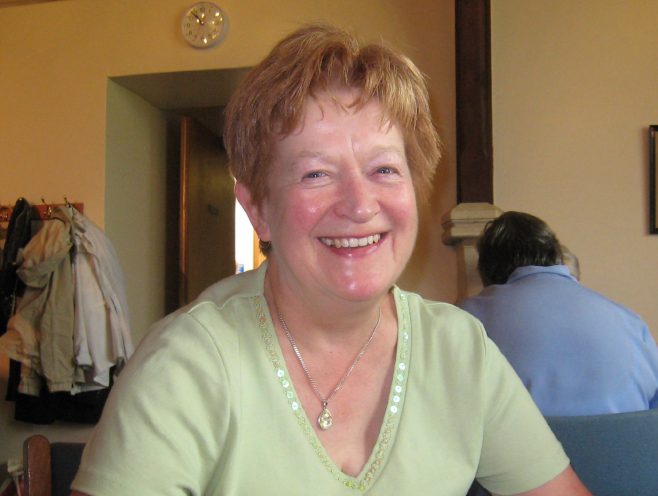 SYLVIA LOWE Sylvia started work at Robert Sayle in 1959 as Sylvia Macmillan, a 15 year old Junior.  Business dress then was a grey skirt with a grey and white striped blouse with three-quarter length sleeves.  Juniors were on a three-month training scheme in different departments.  Her first department was Ladies Shoes but the time spent in Hairdressing was her favourite.  She was also in Haberdashery with Frances Waterson (nee Leverington) serving on the Paper Pattern Bar where she could hardly see over the top and that was particularly memorable.  On one occasion she dropped a box of tiny pearl buttons, showering them over the Section Manager, Miss Amy Burnell.  Everybody was picking them up for several days.  She eventually settled into the China, Glass and Lighting Department in the basement, where female staff  had to wear awful green nylon overalls which made them extremely hot in the summer months.  Each junior had a sponsor in the department who was responsible for their training.  Sylvia was taught to change a plug and the first time she did it she plunged the whole of the basement into darkness.  Every week the crystal and glass displays had to be cleaned.  She started on Monday morning, armed with her duster and methylated spirits.  It took until Friday to go round the department – no dusting was allowed on Saturdays.  The process started all over again on the following Monday.  Thursdays were half-day. Friday was payday and Partners were allowed to go to Thornhills (just along the street) for morning break – coffee and sticky Chelsea buns. Stocktaking took place on a Sunday in January and as Sylvia was living at Stansted Mountfitchet at that time she had to travel into Cambridge by train.  As there were no trains on Sundays she had to stay over Saturday and Sunday nights in the Robert Sayle hostel where she was supervised by one of the permanent residents. The juniors had a really good social life and even put on a revue at the old Masonic Hall where the Christmas parties were held before they moved to the Guildhall.