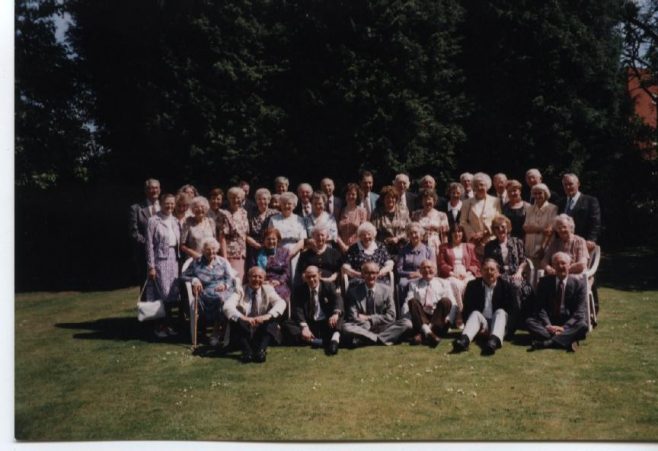 Joyce Badcock spent a large percentage of her time at Robert Sayle, working in the Perfumery Department.  John Baggalley, for some time was Manager of the China, Glass and Lighting departments. Margaret Curtis also spent some of her working time in the Lighting department as did Chris Hebden who was a section manager. Gavin Wilkie was a character who was the Stock keeper in the same department.  Spending many years of his working life in the Furnishing Fabrics department, Harold Diver became a section manager.   For a while, Brenda Barrett-Harley was the Manager of the Soft Furnishing Workroom. Also connected with the workroom, Roy Bunting was an estimator for both Carpets, where the Manager for some time was Phillip Lloyd,  and Soft Furnishings.  Miss  Veronica Buckenham worked in the wool department for a while at Robert Sayle as did Olive Turkentine.  In the Ladies Shoe department, Ruth Butler was a Partner, while Margaret Caldecoat  worked in the Gift department. Cynthia Yeo was also a member of the Gifts team for some years. For a long time, Basil Carroll was Manager of the Display department while also taking a great interest many other Partnership activities. Coral Gould was also working in the Display team as section manager.   In the yard, Simon Cassidy worked as a porter.

James Furse took over at Managing Director of Robert Sayle in 1992 and stayed until 1995.  When Lorna Howard had been Department manager of Perfumery for sometime, she then joined the Float team.  Mary Lashmar worked in the Counting House, many years ago.  There were several delivery van drivers of whom one was Bob Marshall, in those days, there was no Sat Nav to help!.

In the Audio and TV Department, which later added Computers, cameras and telephones, David Mayo has worked for many years and has now been a Partner for over 50 years.

Haberdashery was the workplace for Joan Mills where she was a section manager.  Not many people had nick-names but Mrs Redgwell was always known as Reggie.  Peggy Shortley held several posts in the branch including in Art Needlework and the office of Perfumery.