You are here: HomenextKeywordsnextFroment;SnextRobert Sayle & Co - a total of 579 years with the Company

Robert Sayle & Co - a total of 579 years with the Company 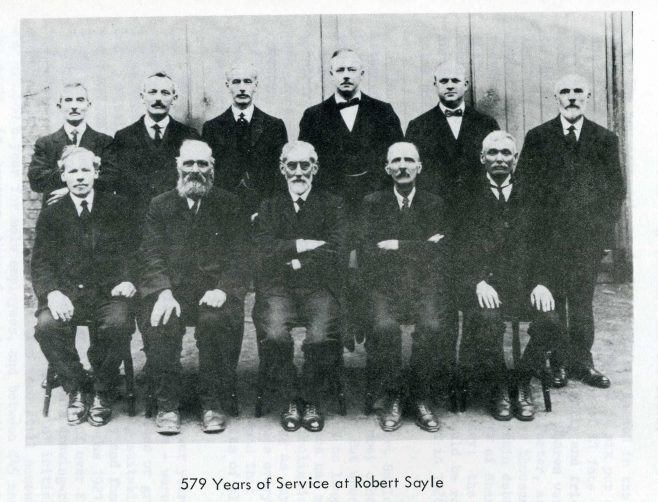 579 years of service at Robert Sayle

This picture was taken in 1920, just after Robert Sayle had become a Limited Company.  The four Directors decided that they would like to be photographed with the employees who had been with the company for the longest time.  Each man has spent 50 years working there!

Reading from right to left:

J B Rampling, a Director

Arthur H Clark, a Director and Manager of the Fashion Department

H Harvey,  Driver and horse-keeper to Mr Chaplin, head of the firm.