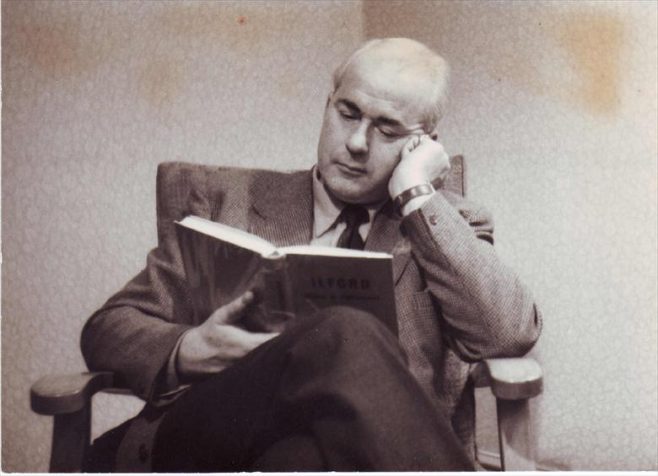 Mr Potter ”Teddy” as he was affectionatley known was inverviewed for the Partnership’s house magazine in March 1975.  Part of the interview is transcribed below: ”Teddy Potter was the last remaining Partner at Robert Sayle who could remember Mr A E Chaplin, the formidable director who controlled the fortunes of the shop from Mr Robert Sayle’s death until 1934. Known as ”Chaplin’s boy”, Mr Potter had to show his employer the marking-off book every morning which contained all entries of new goods.  Precisely at 10 am Mr Chaplin entered the building and would march into the wholesale department banging his gold-knobbed walking stick on the desk and shouting ”Potter”.  A man who didn’t waste his money unnecessarily, although in some respects he was a very liberal employer,  Mr Chaplin once said to the young Teddy Potter, ”My boy do you want to know how I made my money?” Mr Potter nodded avidly and Mr Chaplin went on, ”I picked up every pin, saved every bit of string – and use oil from my sardine tins in my lawwnmower”.