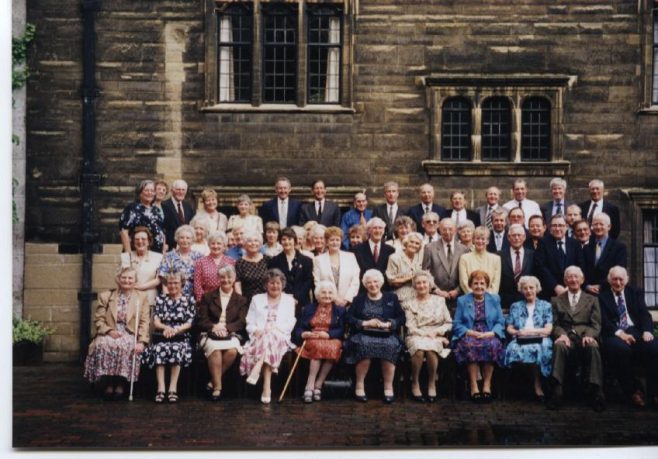 Some Partners included in this photograph are –

Kate Baynes was a Catering Assistant who was particularly renowned for her cake making.

Veronica Buckenham worked  with knitting wools in the haberdashery department.

For some time, Margaret Curtis worked in the lighting department.

Dick Francis was one of the Tradesmen who was involved in building fixtures and fittings for the store.  Another member of the Tradesmen was Bob Utteridge who was Captain of the branch Sailing Club and also a Partnership Skipper who took groups of Partners from various branches sailing, on the Partnership yachts, in and around  the Solent and even, on occasions, across to France for weeks in the Summer.

When Linda Lander took on a post in Sales Accounting, she had previously been the Department Manager of the Cash Office.

John Thomas was a well respected member of the Boyswear team.

Peter Murrills worked for many years, even after retirement, in the Furnishing Fabrics Department.