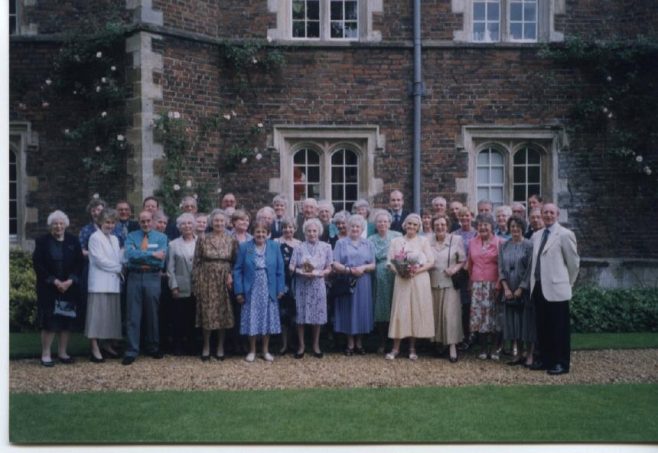 Joyce Badcock spent most of her time at Robert Sayle in the Perfumery Department.

John Baggaley was the Department Manager of the China, Glass and Lighting department where Chris Hebden was the Section Manager,  Margaret Curtis was a Sales Assistant and Gavin Wilkie was Stock Keeper.

After she had retired, Chris Hebden returned as Community Liaison Clerk.

Another Department Manager but this time of the Soft Furnishing Workroom was Brenda Barrett-Harvey.  One of the estimators both in the Carpet and Soft Furnishing departments was Roy Bunting.  Tom Caldecoat was also a carpet fitter.  Noel Gooch was the Section Manager of the Carpet Workroom.

In the shop, Phillip Lloyd was at sometime the Department Manager of the Carpet Department.

Lisa Barnard used to be the Clerk in the Ladies Shoe Department where Ruth Butler was one of the Sales Assistants.

Ros Coey was a very popular Department Manager of the Lingerie department.

Sylvia Harvey was the Clerk in Menswear and then moved to Stock Accounting.

In the early years, Mary Lashmar worked in the Counting House.

From the Service area, Bob Marshall was one of the Delivery Van Drivers.

For almost all of his time of over 50 years in the store, David Mayo has been Section Manager of the Audio and TV Department which now includes all the computers, tablets, telephone and telephones.

Peggy Shortley worked with the Art Needlework in Haberdashery and latterly was the Clerk in Perfumery.  Olive Turkentine also worked in Haberdashery but on the wool section.

Bob Utteridge was one of the Tradesmen, working on the fixtures and fittings of the store, he was also a very keen sailor who was a Partnership Skipper who used to take groups of Partners sailing in the Solent at weekends and in the summer, sometimes for a week when the yachts went further afield, even to the French Coast.