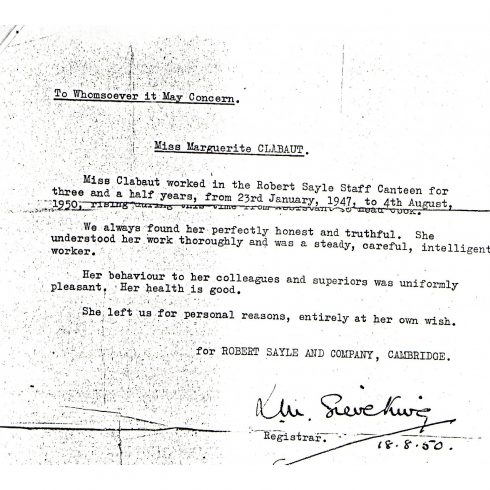 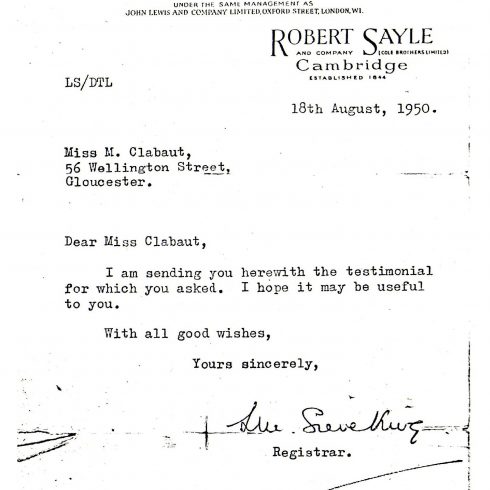 This testimonial for Miss Marguerite Clabaut, written by the then Registrar Miss Sieveking, was sent to us by her son, Mr John Hughes.   During the 150th Celebration exhibition at John Lewis Oxford Street, London, Mr Hughes and his wife were reading about the bombing of the Oxford Street store and commented that the assortment could still be purchased from other branches including Robert Sayle.  We started talking and it appeared that he had recently found the copy of this Testimonial letter in his mother’s papers and was kind enough to agree to email it to us for use in our archive.

Miss Clabaut worked in the Staff  Canteen from the 23rd January 1947 to the 4th August 1950 during which time, she was promoted from Assistant Cook to Head Cook and wanted a reference for future employment.