The acquisition of Jones Brothers, 1940 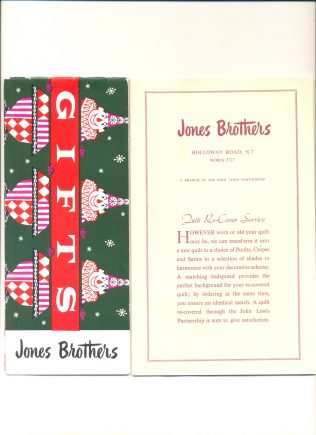 zoom
A Jones Brothers promotional leaflet from the early 1950's

In 1940, Jones Brothers was acquired by the John Lewis Partnership after the Selfridge Provincial Stores (SPS) group was disbanded. Gordon Selfridge had returned to America following the threat of the Second World War. At the point of acquisition, Jones Brothers had recorded a yearly turnover in 1939 of £248,531.

During the years of the Second World War, Jones Brothers was lucky enough to come through unscathed. There were however a number of restrictions on the shop, as there would have on any retail outfit during the period. One the biggest was the fact that due to the sheer size of the Jones Brothers premises, the wartime government requisitioned part of the property for their own urgent usage. As can be imagined, the knock on the effect for the rest of the shop was substantial. Not least, space would have been at an absolute premium!