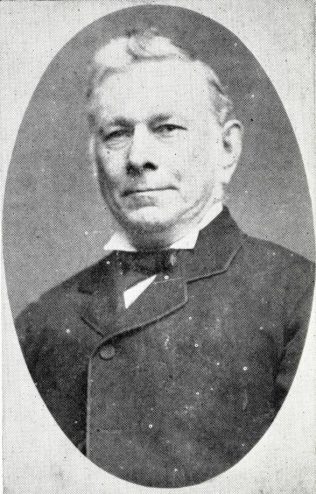 The early history of Jessops is a touch sketchy at best. Mr John Townsend, a businessman from London, opened a shop at 9 Long Row in October 1804. Offering articles of the highest quality at prices differing from those his competitors, Townsend hoped to create a profitable niche for himself in Nottingham. No business records survive from this period, but presumably the shop experienced steady growth. We are forced to pick up the story again in 1832, when Townsend took a Mr William Daft into partnership. In 1841, Townsend withdrew, leaving Daft in charge of the business with a different partner, Mr Kirk. Kirk lasted only three years.

Following Kirk’s departure, Daft managed the business by himself, until 1860, when he went into partnership with Mr Zebedee Jessop. Finally, the first Jessop had arrived.

Zebedee Jessop’s early life is once again patchy, but what is clear is that after the death of Mr. Daft in 1866, Jessop carried on the business alone. There is no material evidence of Jessop’s experience in retail or in the drapery trade, but significantly, Zebedee Jessop was a close personal friend of Mr Marshall of Marshall and Snelgroves. Marshall and Snelgroves was a store in London, stocking premium quality silks. It is apparent that Jessop modelled his own store on his friend’s successes. By 1876, Jessop had extended his offerings to Silks, Mantles, Shawls and Dresses. Three years later, he took into partnership his oldest son, William Jessop.

With the new name Jessop and Son, the Jessop’s reputation grew. By 1894, stock included household linen, dress materials, millinery, underwear furs, lace and gloves. Eventually, stock and demand outgrew the dimensions of the shop. And when the end of the shop lease came around in 1897, father and son began looking for more spacious premises. In the same year, they purchased a property on King Street. At the start of the twentieth century, things were looking bright indeed.