Relocation to the Victoria Centre 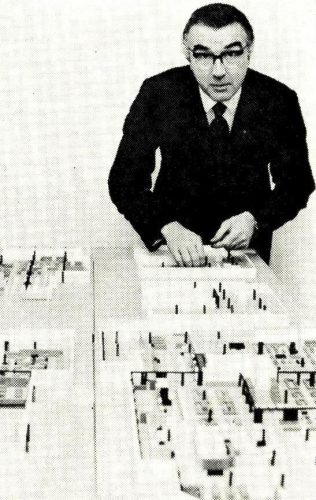 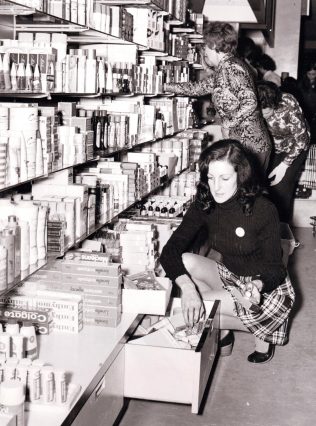 zoom
Jessops Partners assisting in the move to Victoria 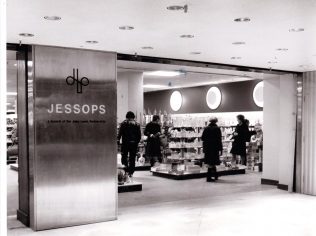 zoom
The entrance to Jessops from the Victoria Centre, 1972

The 1970’s would prove to be a massive decade for Jessops. At the beginning of 1972, the store hit a turnover of £4,000,000. As remarkable as this is, even bigger events were just about to occur. By the end of the 1960’s it had become obvious that further expansion of Jessops was clearly necessary. And yet, extension on the existing site was just not practical. Space was cramped enough as it was, and to expand up the slope that the shop was built on was nothing short of an accident waiting to happen. The search for a new site commenced, and the Partnership did not have to wait long before an enticing opportunity arose

The decision was taken instead to occupy a prime position in the brand new Victoria Centre, a purpose built shopping centre, being constructed yards from Jessops front door. Thus Jessops would become the pioneers of a brand new style of trading, and would have the exciting opportunity to fully expand into a fully fledged Partnership department store.The floor area of the new shop would be double that of the current Jessops, and the building as a whole would dominate the centre. The impact that that would have on the Partnership identity was astounding.

Jessops opened its new store in the Victoria Centre on the 8th November 1972. There was a monumental amount of work to be done, mostly involving the transfer of stock from the old Jessops to the new, that had started the previous Sunday.

Initial customer and Partner reaction was largely positive, although unsurprisingly some were left yearning for the old Jessops. Undoubtedly though, this new store stood at the forefront of modern retail, and in many ways helped shape the city of Nottingham.