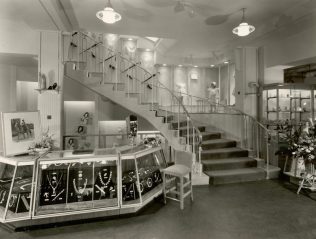 zoom
The unique interior of Caleys, circa 1955

Aligning Caleys with the Partnership

The programme of expansion carried on throughout the 60’s and 70’s, in an attempt to bring Caley’s up to Partnership specification, and to adapt to modern retailing needs. However, it was getting increasingly difficult to fulfil these criteria, as the shop and location simply did not lend itself to a full-line John Lewis department store. By the late 80’s, continual renovation and expansion attempts had played havoc with the store layout. By now there were no fewer than 24 levels in the shop, highly irregular to say the least!

By the 1990’s, with the success of out-of-town shopping centres like John Lewis High Wycombe on the rise, the relevance to the Partnership of old shops like Caleys looked to be evaporating. New projects opened throughout the 1990s. Vast new stores such as John Lewis Brent Cross were an ocean apart from the tight cramped conditions of Caleys. Despite this, Caleys refused to let go. After all, it continued to have one very important customer, the Royal Family. And at the end of 1997, they came knocking once again.