Wealth, royalty and growth in the late 1800's 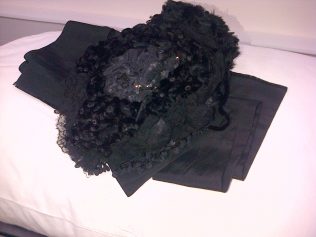 Recent research has thrown doubts over whether or not Maria Caley was the outright founder. Much of these doubts are based around the fact that soon after moving to 19 High Street with John William Caley, her influence dwindled. However, there is no denying her outstanding business acumen. She realised at an early stage not only the need to advertise, but also to specifically aim advertisement at affluent women who were being allowed to read for the first time.

At the new High Street premises, it was quickly becoming an entirely family based affair. John William Caley took over proceedings. Trade continued to flourish, thanks in no part to the continuing and growing Royal connections. Both of John William Caleys sons were partners by 1851, John William (Junior) taking over in 1851, and Frederick Goodman Caley working in the shop. At this point the shop was trading as Caley Brothers although in 1861, John William (Junior) left for Norwich to start his chocolate firm, Caleys of Norwich.

Queen Victoria and the railways

The growth of ‘Caleys’ in the latter half of the 19th century can be attributed to two main factors. The first of these was the arrival of the railways to London and surrounding towns in the 1840s. The railways offered easier transportation and communication, Windsor was suddenly well within in reach of many a wealthy visitor. Secondly, the continuing Royal presence in the town kept Caleys in demand. Although never stepping foot into the shop, Queen Victoria was a known admirer, and was a fan and wearer of the store’s bonnets.

Two Caleys bonnets, currently residing in the Partnership archive, are thought to have been worn by Queen Victoria herself. Such a period of prosperity allowed the shop to grow, and departments were subsequently added throughout the 1860s. One new service that Caleys offered was a funeral service, funerals were conducted and family mourning was provided.