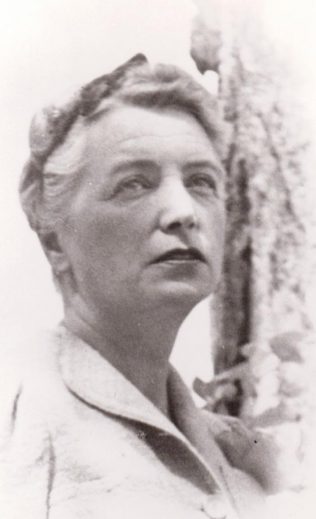 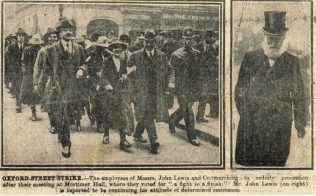 During the next ten years Spedan continued to re-decorate and redesign the layout of the shop. He also brought in bright, young graduates as well as employing many women, who had found themselves out of work after the men-folk returned from war. One of the female graduates he employed as a boot buyer, Sarah Beatrice Hunter, became his wife a year after joining the business.

Frequent setbacks dogged the business, in particular The Great Depression of 1920 which nearly brought the shop to the verge of being sold. However Spedan, “a man with plenty of fire in his belly,” was not one to give in.

He continued with his experiment, bringing in innovations such as two weeks’ Spring holiday, fixed pay for staff instead of commission, improved staff accommodation, better communication between himself and the staff, and the display of sales figures to increase business knowledge. In 1918 he introduced The Gazette of Peter Jones, thus furthering the improvement in communication.

In addition, he established the first Staff Council in 1919, a forerunner of the Partnership Council. This was the beginning of the sharing of Knowledge, Gain and Power. The profit had improved so much that by 1920 he was in the position to introduce the first profit sharing scheme with his staff in the form of shares in the business of 15% of their salary.

All this was happening at the same time as staff in Oxford Street, very unhappy with the way they were being treated, went on strike.

Reconciliation between father and son came about in 1922 when Spedan’s mother persuaded her husband to visit Peter Jones. He was most surprised and impressed by what he found and wrote to his son Oswald,

“The place is a credit to the boy, a very great credit”

A result of this visit was that John Lewis gave Spedan more cash to put into Peter Jones and also brought him back into Oxford Street with a formal one-third of the business. Spedan eventually converted this into two thirds by buying his brother’s share, who wanted to try other avenues. John Lewis was never told.

In effect Spedan now ran John Lewis and Peter Jones. He officially came into the whole business when his father died in 1928. He then began to combine Peter Jones with John Lewis as a “co-operative society of producers.”

Now was the time to embark on the next stage of his plan. Give the business away! This culminated in 1929, with the signing of the First Trust Settlement. And so the John Lewis Partnership was born.