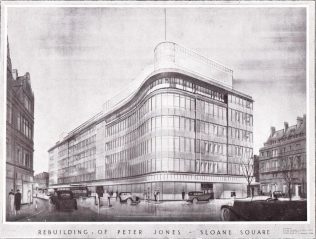 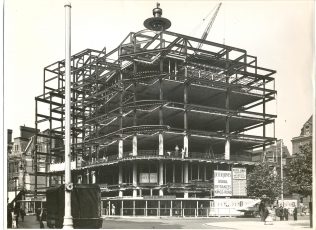 zoom
The the latter stages of the rebuild of Peter Jones, 1935 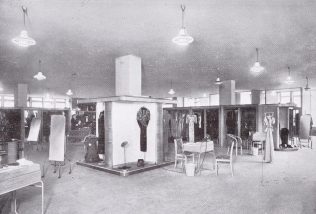 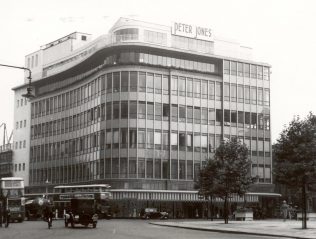 By the early 1930’s, Spedan realised that Peter Jones was in need of a refurbishment. The Victorian layout, decoration and atmosphere of the shop no longer suited the modern, forward-thinking methods of the Partnership. For this reason, Spedan vowed to undertake an entire rebuild of Peter Jones. Capitalising on the lingering impact of the Great Depression, a time when people where scrabbling for employment and labour and materials came cheaply, the building of the new Peter Jones building was started in 1932.

Spedan wanted to create a brand new building, which would draw on the rich tradition of department store design. With that in mind, he looked towards the magnificent buildings that dominated the French shopping scene, such as Bon Marche and Au Printemps. The building was eventually started in 1932, and was constructed according to the designs created by William Crabtree. The resulting building, eventually finished in 1936, was the first property in London to use the glass curtain wall effect.

A curtain wall effect is one where the exterior walls do not form part of the supporting structure .Two thirds of the new Peter Jones building were wrapped in this smooth curve of glass and steel. On the ground floor, a continuous run of glass was achieved by the architects, therefore optimising the window display space. Overall the new design was both aesthetically pleasing and highly functional.