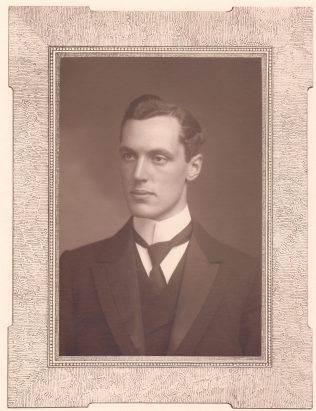 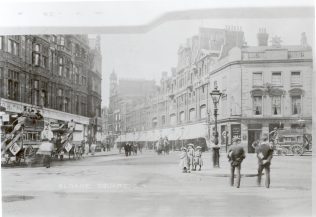 “The Experiment in Industrial Democracy” that Spedan was to introduce into his Chelsea shop had its birth much earlier.

In 1909 Spedan had a serious accident when he fell from his horse whilst riding to work through Regents Park. This resulted in him losing a lung after bouts of pleurisy and emphysema and nearly losing his life. He took two years to recuperate. (The long term effect on his health also meant that he was not called to serve in the First World War)

During this period he came to realise that more money was taken out of the business by his father, his brother Oswald and himself than was paid to the entire workforce. Thoughts and plans came into his mind to make the business he was to inherit into a “partnership of all its workers”, where they would share all the profits and have a role to play in the decision making of the management.

Spedan was able to start putting his concept of partnership into practise when he took full control of Peter Jones in 1916. Further arguments with his father over the rising costs of running the shop in spite of the improved turnover was no discouragement.. In 1915 Peter Jones made a net loss of £267, the only profitable part was The Star and Garter Public House making a profit of £1,510. This was on the corner of Sloane Square and Kings Road and John Lewis purchased it in 1911 along with the cigar job next door.

John Lewis was so concerned that he wanted back his controlling interest in the shop but his son refused. He offered to give up his share in the interest of the Oxford Street store in return for taking over his father’s interest in Peter Jones. This his father agreed to and so Spedan was now free to experiment in co-ownership.