You are here: HomenextRobert SaylenextEventsnextNewsworthynextRambling Club and Retired Partners DVDs 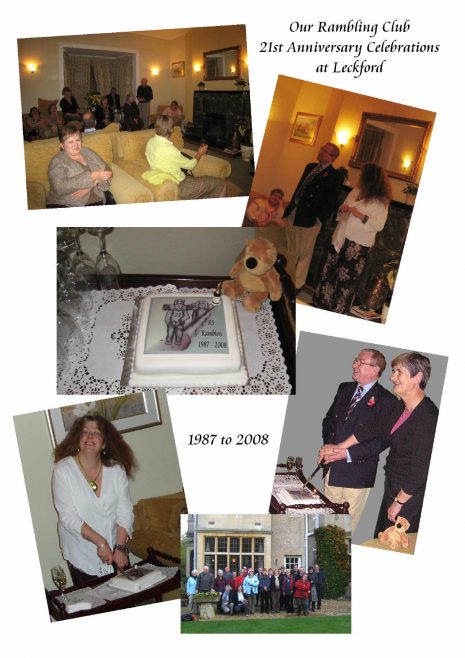 The Rambling Club was formed in March 1987 and is still running in 2009!  There are two DVDs, one covering the years from 1987 to 2005 and the other 2006 to 2008 when we celebrated our 21st anniversary with a long weekend at Leckford.  One of our previous Chairmen, Paul Barrett and a founder member, Shirley Norman cut a celebration cake and our current Chairman, Ruth Pickerill, proposed a toast to the Club and its continued activities.

There were also DVDs made of the Retired Partners coffee mornings, Christmas lunches and annual outings covering the years from 1999 to 2008.  These were shown at an afternoon tea-party at Trumpington, following which, several Pensioners bought copies.