You are here: HomenextRobert SaylenextObjectsnextCity Council debate the changes to the city if an out of town shopping centre were to be built 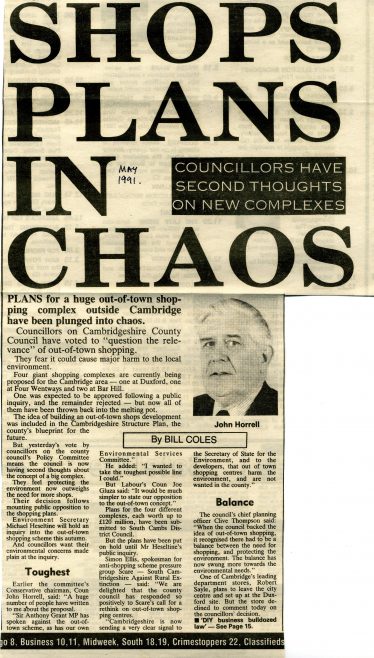 1991 proved to be a concern to the various areas of local government on the viability of the City Centre if Robert Sayle were to move out of the city.  They were worried that the public would abandon the centre and just shop out of town.