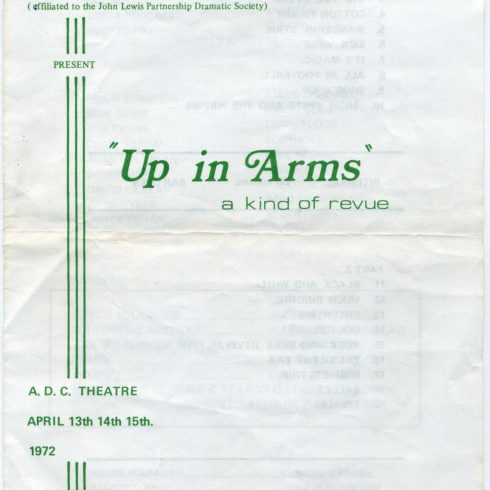 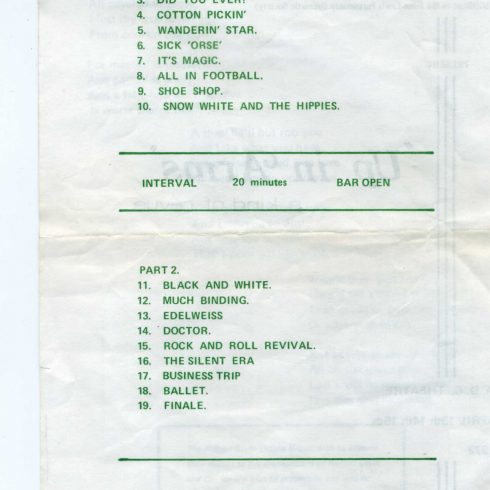 Sketches which appeared in the show. 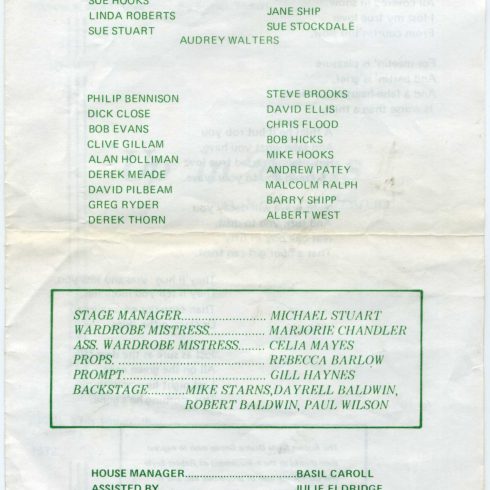 Cast and 'behind the scenes' 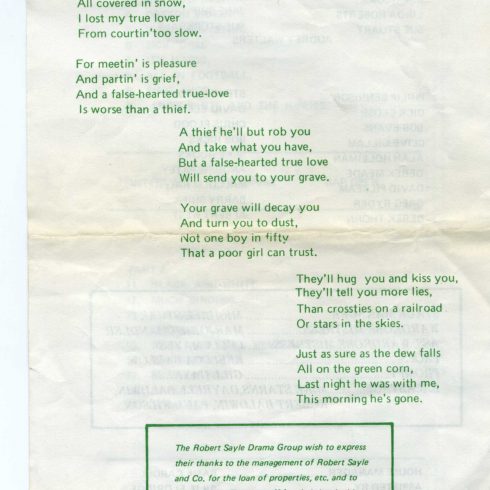 On top of Old Smokey for audience participation.

The Drama group put on a production in 1972 at the ADC Theatre which was called ‘Up In Arms’ this was a type of revue.

The attached programme pages list the acts included, also the Cast and all who helped with the production.

The final page gives the words of the song ‘On top of Old Smokey’ which was to enable the whole audience to join in with the singing.