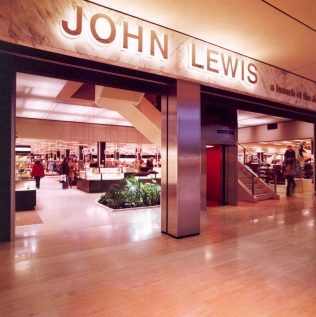 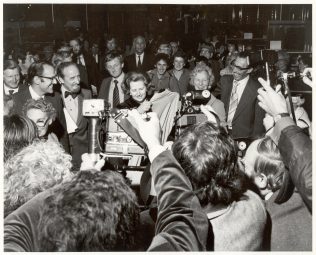 Open, and ahead of schedule too

After months of build-up, ‘John Lewis Milton Keynes’ opened its doors to the public on the 11th September 1979, a whole month earlier than originally published! There was considerable last minute rush to get everything ready, but it was visibly worth it, as the shop went down a storm on its opening day of business.

Two weeks later on the 25th September 1979, the shopping centre was officially opened by then Prime Minister Margaret Thatcher. Thatcher made a tour of John Lewis, and was highly impressed by the vast assortment of saucepans on offer, and on the good value prevalent around the shop! She praised the achievements of the Milton Keynes Development Corporation and its collusion with the John Lewis Partnership.