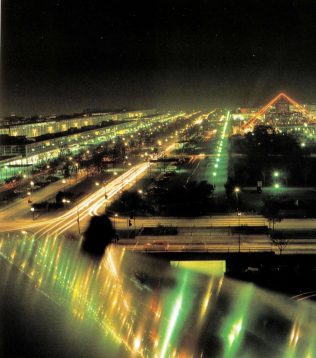 zoom
The Point, seen here on the right, a distinctive feature of Milton Keynes 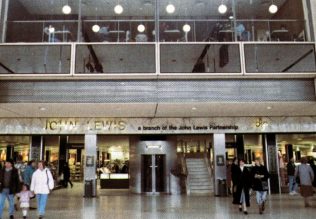 zoom
The entrance to John Lewis Milton Keynes after the makeover

Milton Keynes is a global Phenomenon

Milton Keynes prospered throughout the 1980’s; in direct correlation to the success of the shopping centre and the Partnership branch. With a click of the fingers, Milton Keynes turned 25 years old. And what a different proposition it was by then. It had become a city with vast international links; Japanese businessmen had chosen it as a base for their international school. A new cathedral and a state of the art prison now contributed to the skyline, and over 2,500 companies had chosen the area to operate their business from. The importance of the decision taken by the Partnership to trade in the area cannot be overstated.

As the 1990’s progressed, John Lewis started to curl a little at the edges, as by now some of the decor was becoming slightly dated. Space was also becoming an issue, as demand required frequent additions to the Partnership’s product range. It was clear that the store required a revamp to propel it into the new century.

A major refurbishment was undertaken to entirely modernise the John Lewis Milton Keynes branch. Vast swathes of the decor and design needed updating, including the restaurant. The results, as unveiled in October 1997, were astonishing. The branch now had an additional 9,500 square feet of selling space, and the entrance from the shopping centre, Middleton Hall was entirely redone, to look fresh and encouraging to customers. The newly refurbished Place To Eat restaurant was an eye to behold, offering customers a fantastic place to eat in immaculate surroundings!