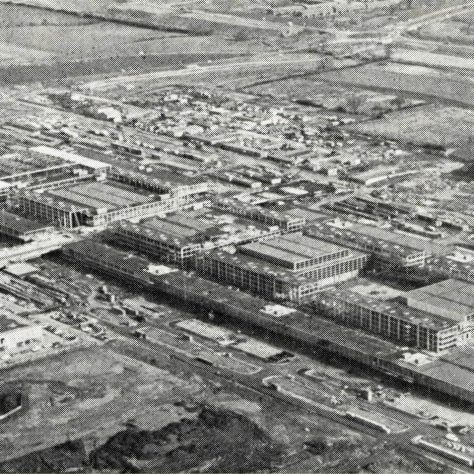 A photograph showing the location of the two Partnership stores in relation to the shopping centre itself. On the left is John Lewis, on the right is Waitrose 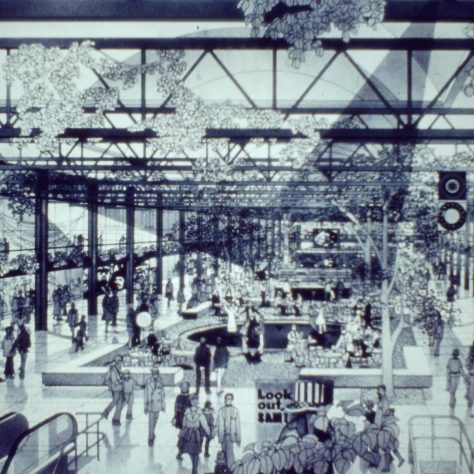 An artist's impression of the interior of Milton Keynes Shopping centre 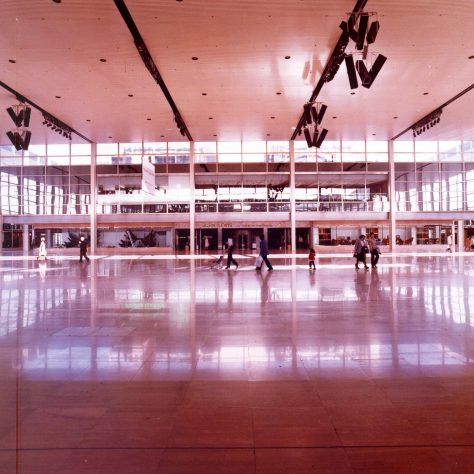 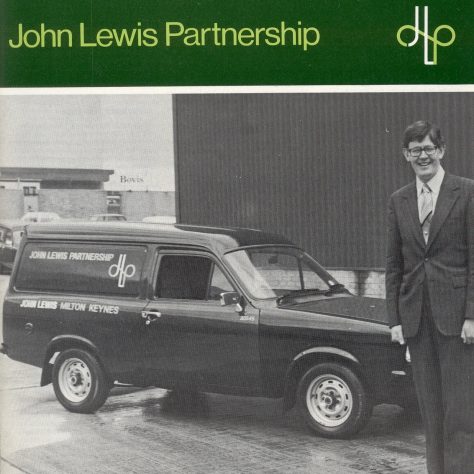 The front cover of the Gazette, showing the arrival of the first van with John Lewis Milton Keynes adjourning the side 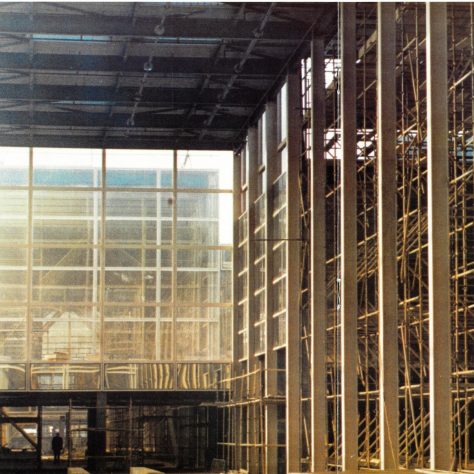 Construction of the interior of Milton Keynes Shopping Centre

By 1977, a city centre was beginning to emerge. By this point, a Waitrose had also been confirmed to occupy the centre, further entrenchment of the Partnership name identity and position in the surrounding area. The construction of the shopping centre and John Lewis Milton Keynes from this point onwards was both rapid and mostly without hinderance. The pictures above show some of the stages of construction.

Two years further down the line in 1979, and the shopping centre and John Lewis Milton Keynes were gearing themselves up for launch. The excitement was palpable, and the preparations extensive and thorough. Management began to occupy the building from the end of March onwards. Throughout July and August, work continued in a frenzy to get everything completed.