In the search of stability 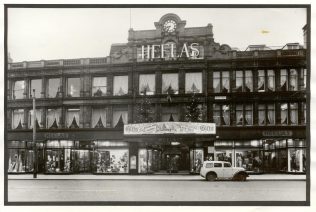 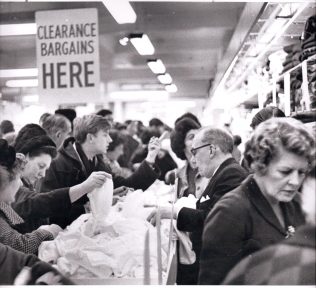 zoom
Crowds of people at the Heelas Clearance, 1964

The end of the Second World War may have brought peace to the world, but with it came an extended period of instability. Left languishing in a stagnating market, the business was bought by Charles Clore in 1947. It was an unhappy marriage, and the store changed hands again only three years later. This time, it was bought by United Drapery Stores, a chain store. These were odd times indeed for those working at the stores. Workers went through a period of insecurity and uncertainty, some even lost count of who exactly owned the company in which they worked!

Acquired by the Partnership

To confuse matters one last time, the store was finally acquired by the John Lewis Partnership in 1953. Upon getting its hands on the premises, the Partnership amalgamated AH Bull, its other Reading based store, with Heelas. After doing this the AH Bull premises were sold.

Heelas was by now the biggest shop in Berkshire, and sold far more than furniture and fashion. It had its own thriving removals business, very useful when it came to transferring stock over from the AH Bull premises. It also had its own funeral service, and Special Service.

Under the directorship of the Partnership, Heelas flourished. Of particular popularity was the flower shop, again unique to the store. But with popularity comes the need for expansion. In 1961, major refurbishments were started. Work began on creating more floor space. Upon completion eighteen months later, a further 8,500 square feet was added to the selling floors.