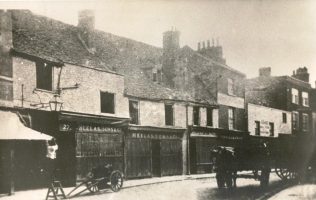 The fascinating story behind Heelas of Reading begins way back in 1854. John Heelas, together with his sons John and Daniel opened Heelas and Sons Limited for the first time on the 1st May 1854, having bought the property off a Mr Hutchinson. The Heelas brothers had been trained in their father’s original drapery business in Wokingham. The shop was very small, but essentially it was located on the main shopping thoroughfare of Reading, on Old Minister Street. It specialised in linen and silk, carpet and furnishings.

Early success required imminent expansion. In 1858, additional property was added on 32 Minister Street as the business grew. In the same year it was awarded the Royal Warrant, recognition of the sterling work that was being done in the area. With a steadily growing profile, the brothers acquired a plethora of properties throughout the 1860’s and the 1870’s.

In 1866, a Methodist chapel was taken over by the brothers. Upon this site, new carpet bedding and bedstead departments were opened. Further acquisitions in 1870 included some old cottages, and two Inn properties all on Broad Street. Broad Street ran through to Minister Street, meaning that these properties formed a considerable block. The Heelas reputation was gathering considerable momentum. In 1890, the House of Heelas was appointed Linen Drapers and House Furnishers to his Royal Highness, the Prince of Wales, a warrant which was continued on has accession to the throne.

By the end of the century, Heelas had substantially developed from its initial drapery based beginnings. It featured departments containing both ‘things to wear’ and ‘things for the home’, the skeleton of the modern day department store. In 1897, Heelas Sons and Co Ltd registered as a public company, with a nominal capital of £86,000.