The Growth of Heelas throughout the 70s and 80s 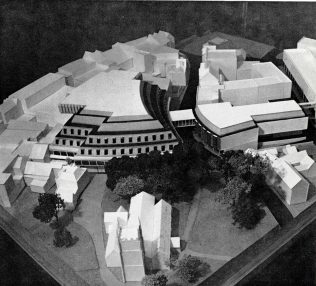 zoom
An artist's impression of Heelas, 1979 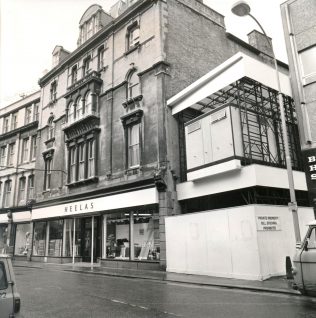 zoom
The Heelas rebuilding, the start of stage two 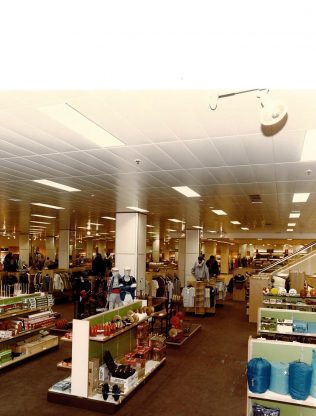 zoom
The interior of Heelas after the rebuilding. This is the sports department in 1985

By the early 1970’s, Heelas had more than 1100 partners. With demand and sales growing and floor space once again at a premium, the decision was taken in 1979 to begin a major rebuilding project. With vast expansion in mind, the rebuild was split into three phrases, in order to allow the shop to continue trading.

The rebuild focused on the refurbishment and modernisation of the entire rear of the shop. As trading continued and customer impact was minimalised, Partners were stretched, many having to do two jobs at once!

Phase one was complete by October 1981, but there were two more gruelling stages left. By June 1983, phase two was completed. A whole new selling space, allowing much improved customer flow was now available, and behind the scenes, there was a new telephone exchange and underground loading dock.

By October 1984, the rebuild was entering its final stages, as the roof was completed. The photograph below shows the traditional ‘topping off’ ceremony, which aptly celebrated a project fulfilled to the highest level of craftsmanship. The role of the Partners in assisting the build could not be understated.