From Heelas to John Lewis Reading 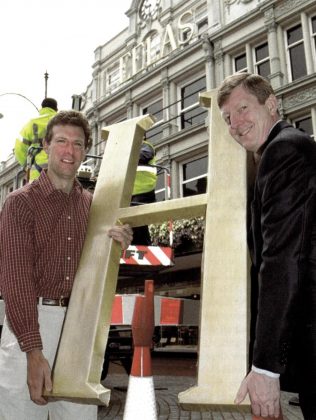 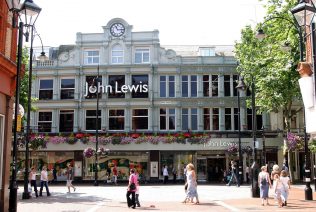 As an ongoing project to modernise Reading, a major new shopping centre was opened quite literally on Heelas back porch. In 1999, the Oracle shopping centre opened its doors to trading, and with that a number of retail competitors made themselves immediately available to the public. Needless to say, Heelas rose to the challenge.

In September 2001, the decision was taken to rebrand the store, from Heelas Reading to John Lewis Reading, in line with the Partnership’s desire to completely unify its branches. At the close of business on Saturday 1st September 2001, carrier bags and receipts were displaying the Heelas name. By the morning of Sunday 2nd September, open as a result of the introduction of Sunday trading, John Lewis Reading now adjourned everything, a remarkable overnight transformation! Partners even found time to party afterwards!

John Lewis Reading was awarded a Royal Warrant by the Queen in 2007, further enhancing its high street reputation. In 2010, refurbishment was planned for some of the stores infrastructure, and in 2011, further changes were intended for the selling floor. The £15,000,000 Project Meerkat refurbishment was completed by the Christmas of 2011, and included new fashion and beauty departments.