A brief history of the John Lewis Head Offices 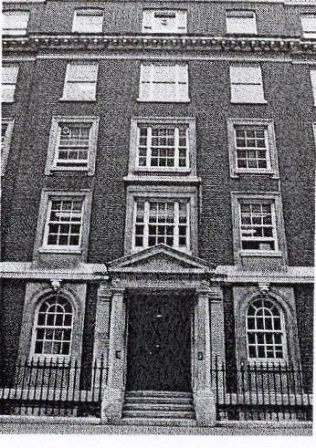 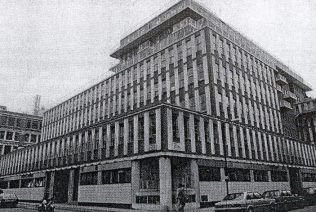 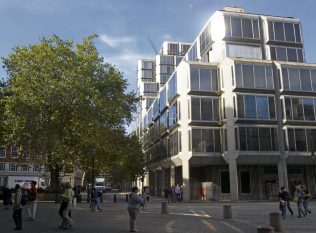 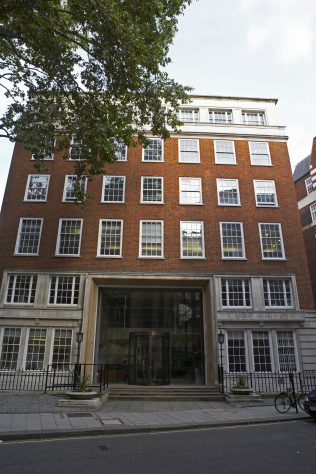 At the point of the announcement of the move to Victoria in 1987, Partners were to converge on Victoria from a cluster of London offices. This included offices at Chadwickham, Clipstone Street, Medway House, Metford House and New Cavendish Street. There were also some central offices on the top floor of John Lewis on Oxford Street. To uncover the narrative of how central ended up at Victoria, we must go back to 1940.

Chadwickham, in Bolsover Street, became the first office of the Partnership in 1940. Before this point, all central administration was undertaken at John Lewis, but of course, in 1940 the department store was destroyed by a bomb. The urgent need for replacement offices appeared and Chadwickham quickly chosen as a replacement.

Acquired in 1914 as a hostel for employees at the Oxford Street store, by 1940, there were in fact only six tenants left at the hostel, and so Chadwickham presented itself as a natural replacement.

As trade expanded following nationwide acquisitions by the Partnership, more office space was naturally needed. In 1956, the Partnership took lease on a newly built office block in New Cavendish Street. In the meantime, John Lewis was being rebuilt. Four years later at its opening space, was provided on the top floor of the shop for the Central management offices, which required close proximity to the store.

In 1970, in preparation for future expansion, further need for office space led to the occupation of the Clipstone Street properties. The first was 12/14, which named Medway House. The second was 10 Clipstone Street, which remained the home of Management Services for a short time after the move to Victoria. Finally, in 1987, an office building on Great Portland Street was acquired in 1987, although only two years later it was sold following the announcement and subsequent move of Central Partners to Victoria.

The move to Victoria was announced in 1987. By November 1989 it was complete. The head offices of John Lewis now resided in one building for the first time. 69 central departments happily resided in Victoria, with only a couple of departments remaining in other offices. Further developments were to take place to house the increased IT needs of the business as John Lewis developed into the omni-channel retailer of today.

To help with these increased needs the Partnership acquired the adjacent building to 171 Victoria Street, in Carlyle Place. This is now known as Partnership House. This became the home of Group Partners, specialist departments offering support to all three divisions of the John Lewis Partnership covering areas including Legal Services and the Gazette.