The front cover of the Gazette, featuring the brand new John Lewis Kingston 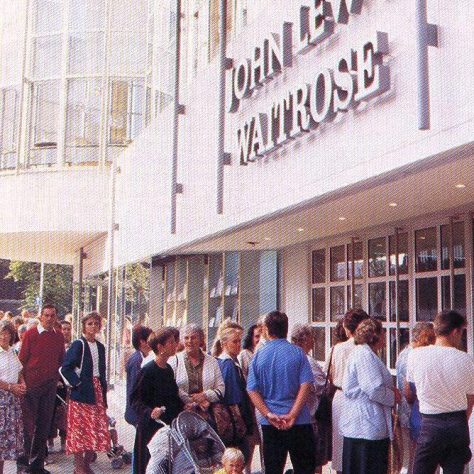 Crowds gather, eager to sample the delights of John Lewis and Waitrose, both to be found in the new Kingston store 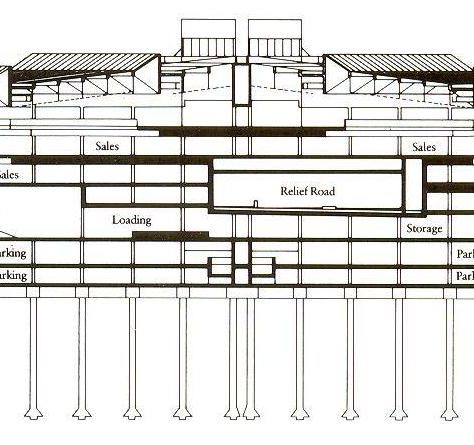 A diagram showing the layers of which John Lewis Kingston is comprised. The diagram highlights the sheer complexity of the project 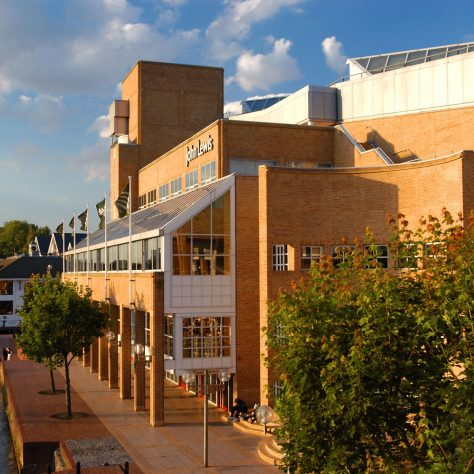 The exterior of John Lewis Kingston

The store was eventually opened in September 1990. The waiting had been well worth it, as the results were spectacular. St Paul’s Cathedral would have fitted in the building’s footprint it was that large! Many customers were mesmerised at the hypnotic views of the river, whilst many more were left wondering how such a project could have been completed in a mercilessly busy commercial space.

Good news for the future

The Partnership’ success with John Lewis Kingston demonstrated the ability of many to persevere with an idea and see it through to the end. Despite a whole host of difficulties and pressures, the end result was quite possibly better than many could have imaged. It also proved to the Partnership that many sites thought unbreakable, quite clearly were not. Despite being a heavily built up area, the Partnership had adapted the build in order to fit in with surroundings. And it was this aptitude that would ensure that the store was a success from its very first day onwards.