The bombing of John Lewis, September 1940 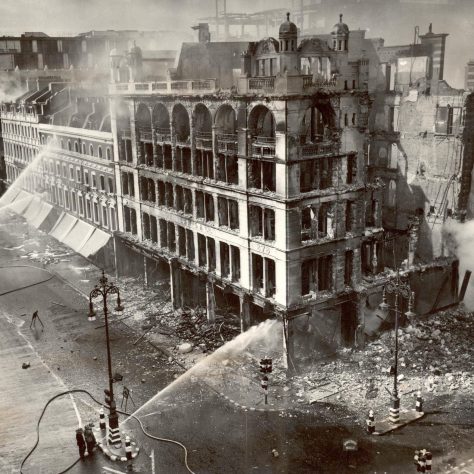 The exterior of John Lewis a day after the bombing, 19th September 1940 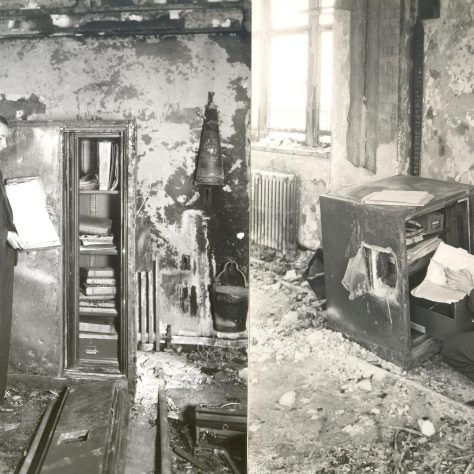 The John Lewis counting house after the bombing, 1940 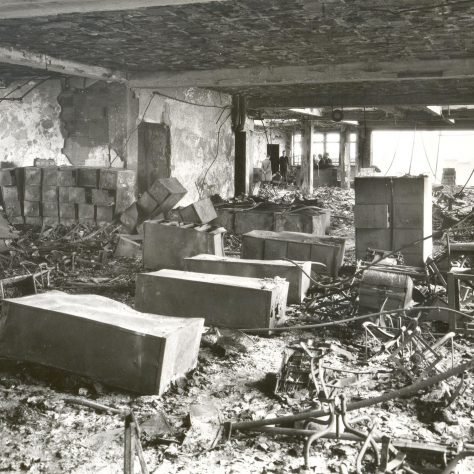 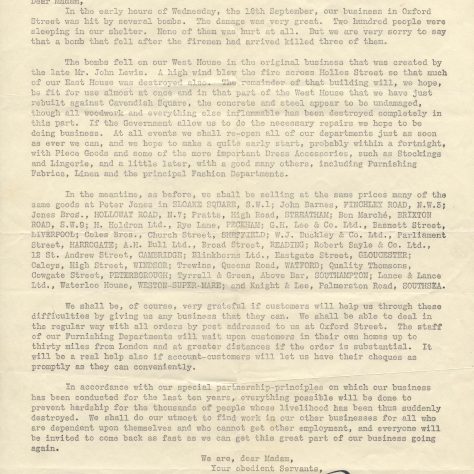 A letter from the General Manager of Oxford Street, notifying customers on the effects of war upon custom

As the economic, political and cultural centre of the United Kingdom, London was certainly the primary target for German bombers looking to destroy the British War effort. As such, this put John Lewis and Peter Jones at unbelievably high risk, and several measures were taken accordingly. This included transforming the basement of John Lewis into a workable and liveable bomb shelter.

On the night of the 18th September 1940, the makeshift bomb shelter basement of John Lewis saved countless lives. For the department store was destroyed when an enemy bomb landed directly on the premises. The John Lewis West House was hit by an incendiary oil bomb, reducing the building to rubble. The resulting fires blew their way over to the East House, where they burned for a day and a half. The interior of the East House was damaged significantly. The flagship store of the John Lewis Partnership lay in tatters. Over 100 Partners, and others rendered homeless, had been in the basement of John Lewis that night. They survived unscathed. Three firemen were not so lucky, killed when another high-explosive bomb fell in the vicinity.