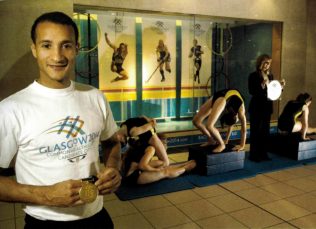 John Lewis Glasgow launched its campaign to support Glasgow’s bid for the 2014 Commonwealth Games in 2007, by putting on a live window display featuring gold medal winner Steve Frew. The Partnership was once again the first major retailer to pledge full support. This highlighted the importance that the Partnership continued to place on sports, the community and the fortunes of the city in which they were located.

One successful bid and seven years down the line, and Glasgow is currently gearing itself up for the start of the 2014 Commonwealth Games.