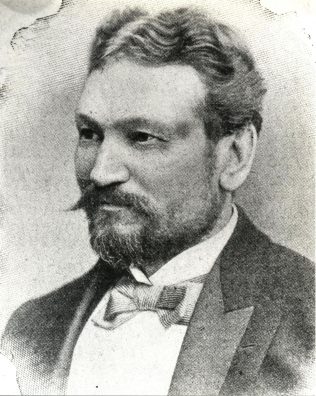 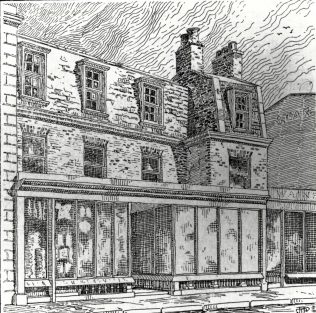 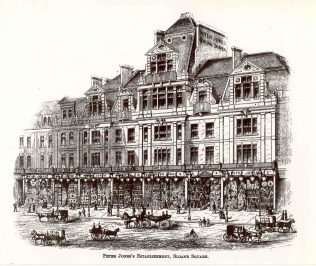 Peter Rees Jones, the son of a Welsh hat-maker, came to London in 1867 and worked in several retail establishments across the city. He opened his first eponymous shop in Chelsea in 1871 in what is now called Draycott Avenue, the poorer part of the area. Whilst knocking two small shops into one the building collapsed, killing an apprentice and trapping his wife! It is said he received good compensation from the owners and continued to develop his trade.

The business thrived and in 1877 he decided to move to the more prosperous part of Chelsea and cater for the carriage trade. He took two small shops in the Kings Road, at the Sloane Square end, and then bought up more shops on the site as they became vacant.

By 1890 he was trading from No 2 to No 14 Kings Road and the business was performing so well that the original premises had been replaced by a handsome five-storied building of red brick.

“ as a monument to that gentleman’s untiring industry and pushy enterprise.”

It went on to state

“ internally the lofty and beautifully appointed shops and show-rooms more than fulfilled the promise held forth by the exterior and the visitor passes from department to department, conscious of being in the midst of a stock which has few equals, and probably no superior, in London”

Mr Jones was a hard working employer but found time to look after the welfare of his staff. He was the first retailer in the country to provide seats for his female staff. The shops were also one of the first to be lit by electricity.

The Illustrated London article goes on to say that

A library, piano and two billiard tables, “for the male portion of the staff who love the scientific game of ball and cue” were provided.

The business also had its own fire brigade.

By 1900 the business was doing so well, with profits in excess of £10,000 over each of the last five years of the 19th century, that it was floated as a public company. Mr Jones was the Chairman and his two sons were on the board. By 1903 the profits had risen to £12,000 (£1million in to-days money)

Mr. Jones then spent more time enjoying the fruits of his success, in particular his substantial art collection.

“that he had never knowingly offended anyone”

His sons’ did not inherit his business acumen and started buying up cheap stock and holding far too many sales. The shop faltered without him.

In the spring of 1906 John Lewis entered the scene!