The acquisition of JH Birtwistle, 1988 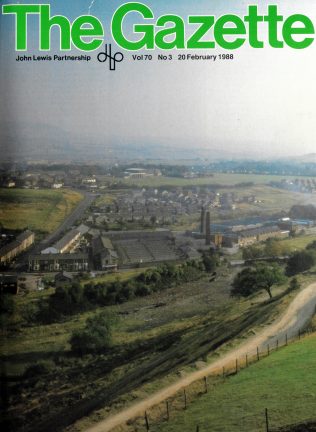 zoom
An aerial photograph of JH Birtwistle, from the Gazette of the 20th February 1988

In summer 1998, the Partnership announced that it had acquired JH Birtwistle and Company Limited, a weaving and spinning company based at Haslingdon, Lancashire. By now, the Partnership had considerable experience with similar companies, such as Stead McAlpin and Herbert Parkinson and they felt that they wanted to further expand the textile production capacity.

The acquisition brought with it 230 employees, most of whom were engaged in spinning and weaving. It also operated a dress fabrics converting business though Musbury Textiles, a wholly owned subsidiary on the outskirts of Manchester. In 1988, the employees at Birtwistle were officially brought into the John Lewis Partnership, meaning that they fell within the jurisdiction of the Constitution and could enjoy, amongst, other benefits, the Partnership bonus.