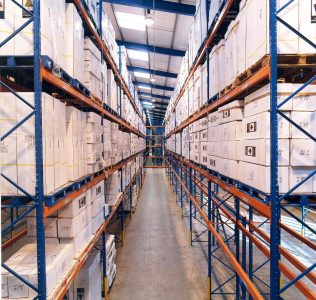 The Northampton distribution centre opened on Monday 19th March 1990 with stock being transferred from the Stevenage warehouse, including Six Hills Way, a satellite building. Initially, the main building, Unit 2 was used by John Lewis; Unit 1 was leased to various outside companies until June 1998. When it opened there were only 43 Partners on the site many of whom had transferred from Stevenage and other branches. They oversaw the first phase of development, known as Phase II which took place in 1991/2.

The building developed further taking in more stock over the next few years until it was decided to bring Unit 1 back into the business as an overflow storage area. It came fully on line in early 1999 with the transfer of 27 dissections from Stevenage which increased Northampton’soutput by over 66%.

The site has continued to develop and introduced new systems and procedures to make the movement of stock easier and to co-ordinate with the other distribution centres around the country.