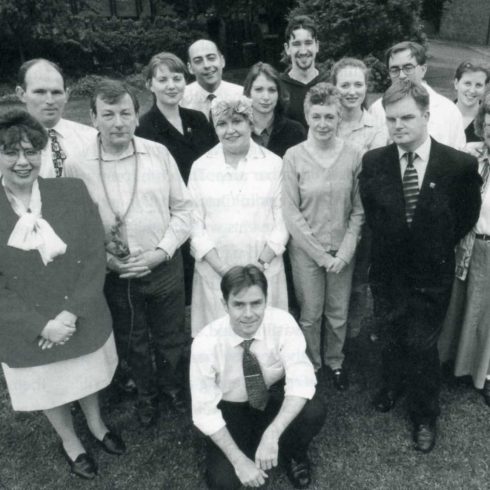 In 1997, the Drama club entertained a large number of audience members with their production of ’Noises Off’ in which Daryl Burchell, Robbie Barrett and Tracy Barrett all took part.

In the second photograph, is the cast of ’Habeas Corpus’ which was performed in 1999.