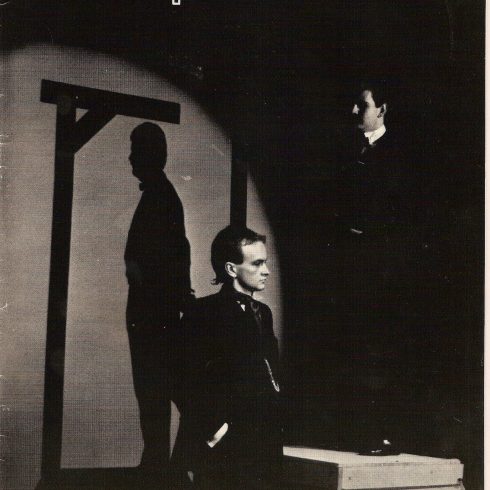 Front cover of The Gazette 1985 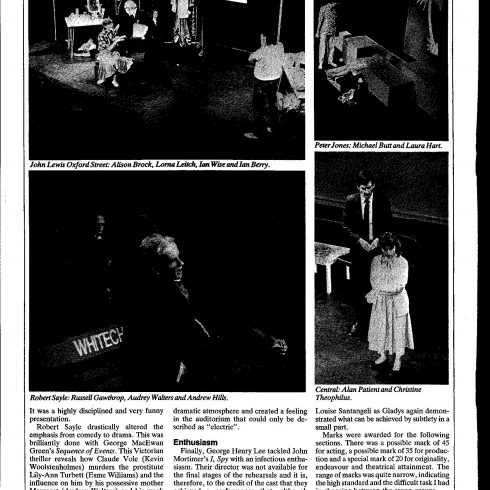 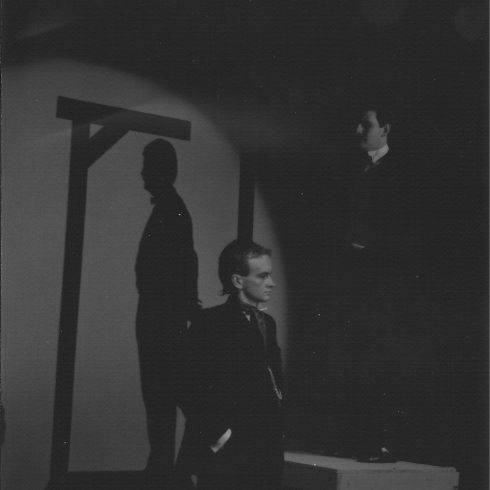 Andrew Hills and Kevin Woolstenholmes, this picture appeared on the front cover of The Gazette 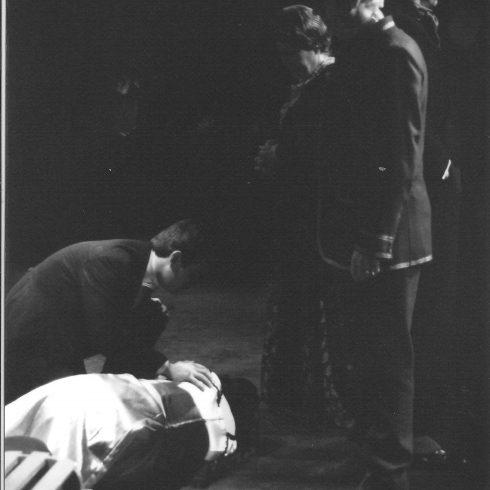 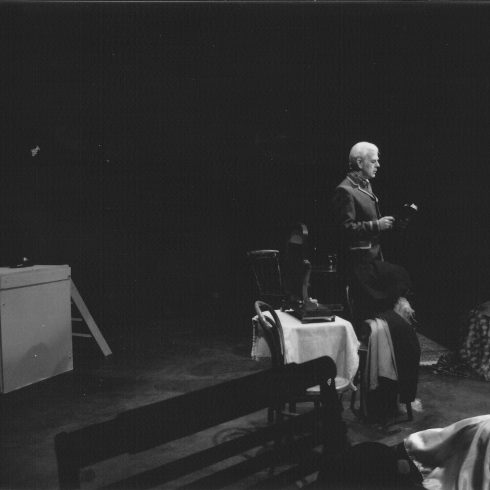 End of the play, Audrey distraught on the stage and me dead on the gallows!

One act play festival 1985. Kevin Woolstenholmes, Andrew Hills, Esme Williams, Audrey Walters and Russell Gawthrop. Audrey got so into her role when giving her big speech that she started to sob, I (Kevin) am on the gallows and you could have heard a pin drop in the theatre, very scary moment but we still came second!