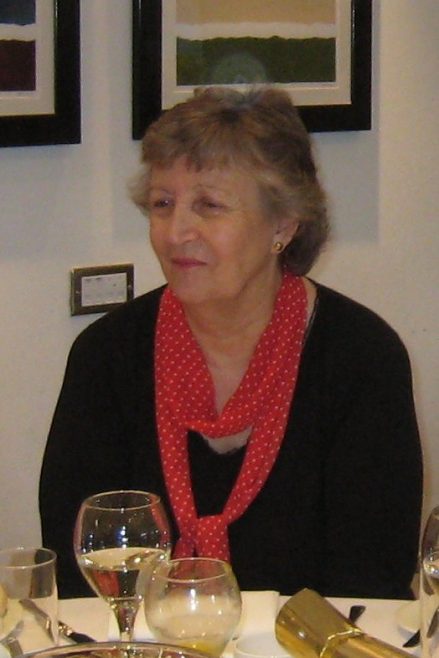 These are my recollections of an autumn evening on a late Wednesday night in 1993 in the Kitchenware Department at Robert Sayle. I was bending over the desk doing some figurework for which I needed full concentration;  Mr Norman Anderson was also working on the desk behind me. I became aware of a warmth” behind me on my left-hand side.   I continued working, awaiting Mr Anderson to speak to me.  When, after a while, he didn’t say anything I turned my head to ask him what he wanted.  To my amazement there was nobody there and I began to feel cold and goosebumps came up on my arms.  I quickly left the office, not feeling afraid but aware that “something” had been watching over me. I later realised it may have been our “Robert Sayle Lady Ghost”.  After that occasion I sensed a presence several times in the Kitchenware Stockroom but never again so definite. I hope she is still keeping John Lewis Partners safe. Margaret Hitch Retired Partner

Margaret was photographed at a Retired Partners Christmas lunch.