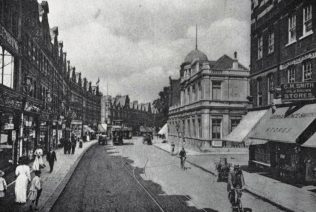 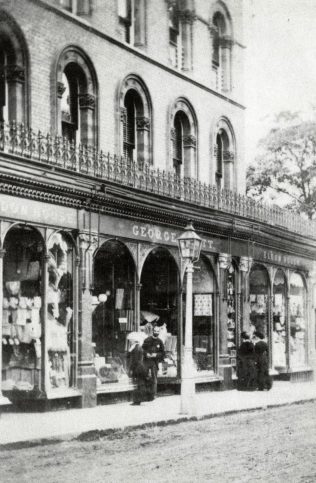 zoom
A picture of Eldon House, the building that Pratts traded in right up to its closure in 1990. Purportidely, the man peering out from under the arch is Mr George Pratt himself

Sadly, the early history of Pratts is rather skeletal, in fact next to no pictorial evidence from the shop’s early trading can be found in the archive. This was because most of the store’s early documentation was destroyed when Bon Marche Brixton acquired the shop in 1920. Therefore if you have any of your own photographs, letters etc that you would like to share with us, please get in touch!

Pratt’s story begins in 1840. At the tender age of just 13, George Pratt, originally of Silchester, Hampshire, started a drapery apprenticeship with William Reynolds, owner of a draper shop on High Road in Streatham Village. Clearly Pratt thrived in this environment, for about five years later (precise date unknown) he purchased the shop from Reynolds. By 1851, he was running the business on his own. Significantly, in 1858, the railway came to Streatham and other surrounding villages, connecting them all to London. The impact this had on the village and the fortunes of the shop cannot be understated. In 1850, sleepy Streatham’s population sat at a sedatory 7000. By 1901, it had become a bustling London suburb, with population approaching 71,000.

Flourishing off such growth and anticipating further advancements, Pratt bought two new shops also on High Road, opposite the original premises. Eldon House, as it was known, would remain part of the shop right up to its closure in 1990. His son’s Henry and Charles followed him into the business, eventually taking over. Now trading as Pratt Brothers, by the end of the 19th century the shop had extended into some of the neighbouring premises.

p. 651, 4th August 1990 – mr pratts newly built emporium. Eldon house in 1880. Tradition has it that the gentleman peering out of the doorway is mr George pratt himself.