Years of growth at Oxford Street and beyond 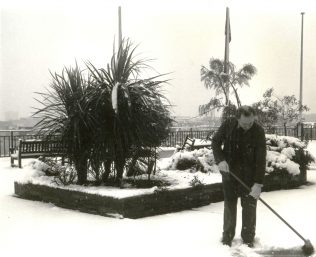 zoom
Snow on the roof garden of John Lewis, 1989 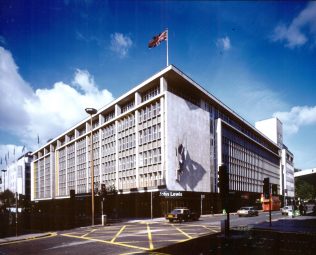 zoom
The exterior of John Lewis, 1989

Throughout the 70’s and 80’s, the attention of the Partnership strayed from that of the shop on Oxford Street, as the Partnership looked to expand its repertoire both in and out of London. The 1970’s was the dawn of a new era for retail, as the concept of regional shopping centres rose to fame. The Partnership was right there at the forefront, two of its most noticeable projects being John Lewis Brent Cross, North London, and the relocation of Bainbridges to the Eldon Square Shopping Centre in Newcastle.

The 1980’s saw the Partnership further expand its list of department stores, as shops at Milton Keynes, Bristol, Peterborough, Welwyn and Norwich were all opened. Finally, in 1990, the Partnership capped off this massive run of expansion by opening an awe-inspiring shop in Kingston.

Back at the flagship

The shop continued to expand over subsequent years. The fourth floor was eventually converted into a further selling floor, and by 1991, the fifth floor underwent the same fate. The firth floor became home to a brand new book department, which would be the largest in the Partnership. The radio and television department was also relocated to populate the fifth floor. The space for the new fifth floor came about because of the move of some of the central Partners to the head office in Victoria, testament really to how much the Partnership had grown. In 1992, the auditorium was also pulled down and the space became the home of an expansive toy department.