From temporary shop to London landmark 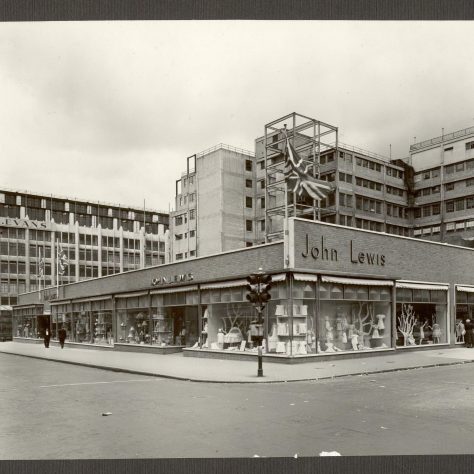 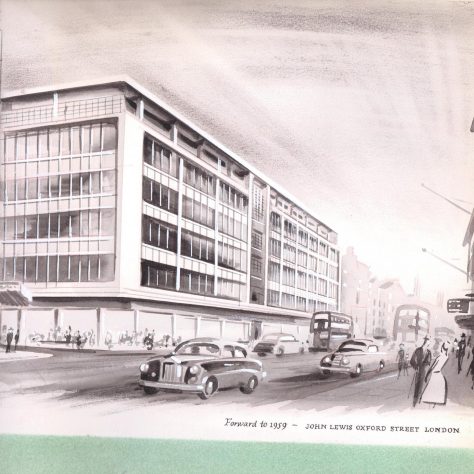 A line drawing of the new John Lewis department store, 1959 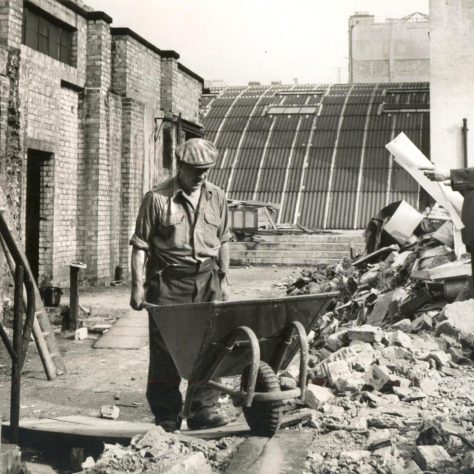 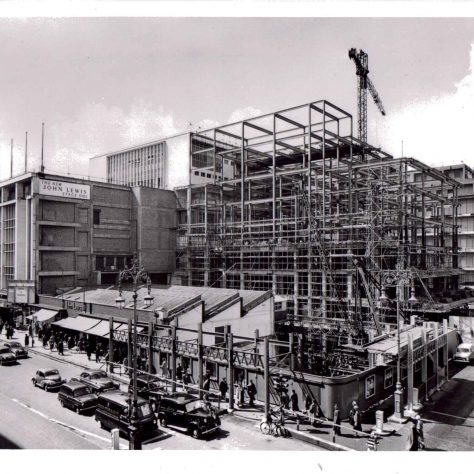 Stage one of the John Lewis rebuild, 1958 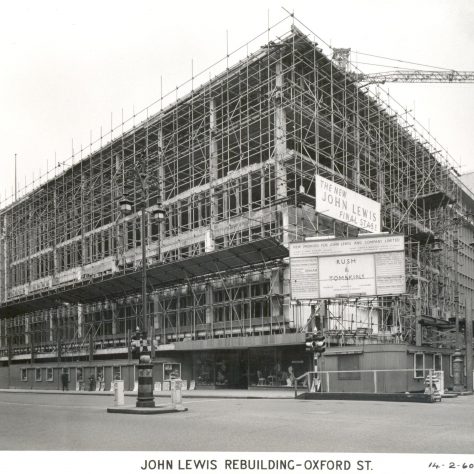 The bomb site at John Lewis on Oxford Street remained just that far a number of years after the end of the war, whilst the Partnership gathered the funds to rebuild. In the early 1950’s, a temporary shop was built on the site of the old West House from which to trade. Together with the still functioning East House, the two traded side by side, until in 1960, the new John Lewis department store was opened.

In the years preceding, several of the Partnership’s smaller shops that had been purchased as part of the SPS group were sold. These included Blinkhorns of Gloucestershire, Holdrons of Peckham, and AH Bull of Reading. Funds were now readily available. The rebuilding of the brand new flagship John Lewis store was finally started in 1955. In this same year, Sir John Spedan Lewis retired from the John Lewis Partnership.

Drawings for the new department store were done in March 1955, and construction started soon afterwards. The materials being used were done so in order to make the structure last for many, many years: a mixture of steel and stone. The windows were to be deliberately built on a swivel principle, so that they could be simply cleaned from the inside by simply turning them upside down on a hinge.

In the early stages of construction, it was decided that John Lewis should no longer trade from two adjacent sites. As a result the East House, the former home of TJ Harries, was sold. For the first time since 1928, everything was to be under one roof on the old site of the West House. Although technically sold in 1955, the East House functioned as a Partnership shop until 1959, so that the rebuilding at the West House could be completed.