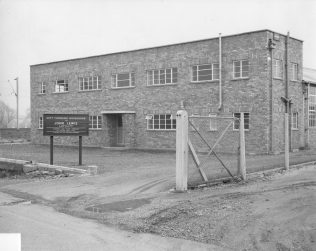 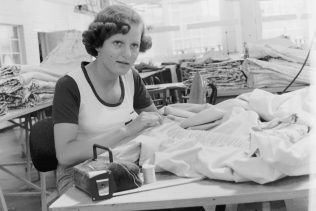 zoom
One Partner stiches away in the workroom 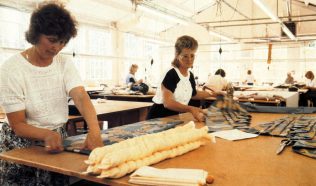 zoom
The interior of the Cheshunt workroom by 1992

In 1959, a new Soft Furnishing Workroom was opened at Cheshunt in Hertfordshire, at that time an off-shoot of Clearings. Situated just 14 miles from London, the new workroom was in a perfect location from which to service the Partnership, in particular the soft furnishing departments John Lewis Oxford Street. By 1960, there were 12 Partners coping with the steady flow of wok from Clearings. Twice a week, Partnership vans collected their finished work, bringing new bundles of material, each to be cut, sewn, and completed with meticulous care by an individual Partner.

Largest in the Partnership

By the mid seventies, the Cheshunt workroom was the largest workroom in the Partnership. Partners at the site were managed by Mr G Rainford, manager of the cushions, ready-made curtains and trimmings department in the shop.

There were three choices for customers offered by the Cheshunt workroom. The first of these was to have the product entirely handmade, a laborious task which came at considerable cost to the customer. An average sixe pair of curtains took on average over five hours to make. By 1974, Partners could offer customers an express machine-made service as an alternative. And by 1975, a third choice became available – machine made but hand finished curtains that came at a price somewhere between e other two. This option not only created new business but relieved the growing pressure on the hand-made section.

By the early 1990’s the workroom at Cheshunt was operating on an international scale. Products, many of which were still hand-made could be dispatched to customers based anywhere around the world, from Milton Keynes to Moscow. Working intricately with John Lewis Oxford Street was highly essential, as all jobs that ended in the Chushunt workroom, started life on the selling floors and make-up desks of John Lewis. Although some changes occurred over time in order to deal with global interest and to cater for the customer’s increasingly elaborate tastes, many practises remained, testament surely to the ability of the Partners, and the quality of what was being produced.

In 2010, the Cheshunt workroom was sadly closed as part of the Branches of the future initiative.