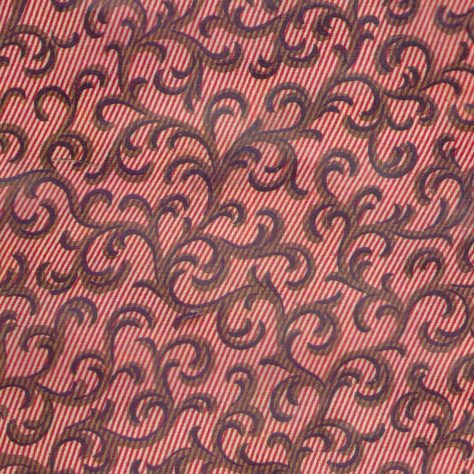 The Richard Ovey design that would adjourn the unique glasswork of John Lewis Leicester, circa 1803 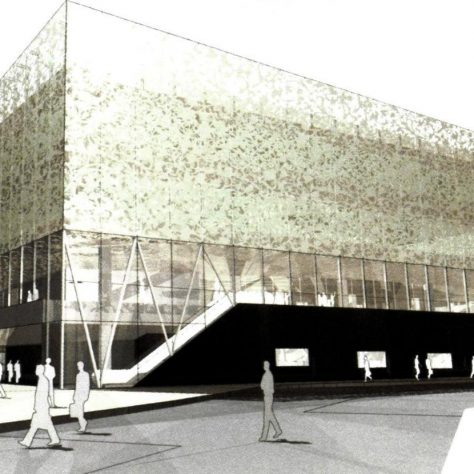 An artist's impression of John Lewis Leicester, complete with glass 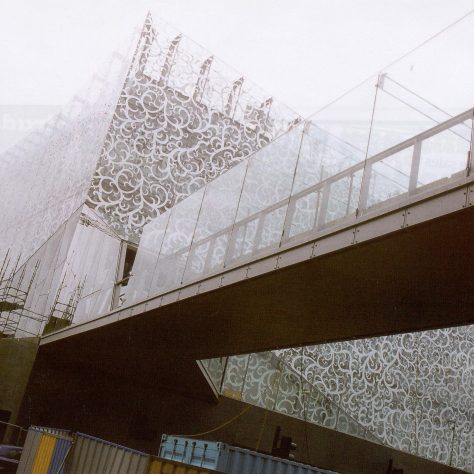 John Lewis Leicester in the latter stages of construction

Department store daring to be different

Construction began on John Lewis Leicester in 2005. It was soon very obvious that the new department store was to be very different indeed. The people of Leicester got their first look at the proposed design of the new branch in August 2005. The magnificent glass shell was undoubtedly at the cutting edge of modernity. However the building’s design was to be based on a fabric pattern from Stead McAlpin, to be sourced from the Partnership’s archives, potent proof that to help shape the future, the Partnership advocated looking to the past.

Work began on the £350 million ‘Shires West’ development in early March 2006. By this point it had been confirmed that ‘John Lewis Leicester’, the anchor store of the development, would sit next to a new multiplex cinema, 120 new homes and 3000 car-parking spaces, all supported by greatly improved transport links.

The topping out ceremony for Shires West (now known as Highcross Quarter) took place in March 2007. The progress in a year was exceptional and the outlook was positive. The opening target of 2008 for John Lewis was looking well within reach.

Back To The Archives

By 2008, the iconic glass walls were turning more than a few heads in Leicester. It was a trip to the textile archives in 2005 that would become the inspiration behind the amazing patterning. The design might look like modernity personified in the centre of Leicester, but the design itself dates from 1803. Decorating the building with such a design was a friendly nod to Leicester’s own rich textile history. The people of Leicester may have been blissfully unaware about this heritage, but they could scarcely avoid hearing about the new department store and its unique glass design.