John Lewis Portsmouth in the pipeline? 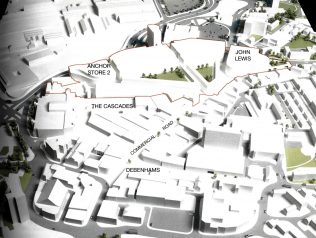 zoom
A plan of the Northern Quarter redevelopment scheme, as produced in 2005. Since then, the plan has been put on hold 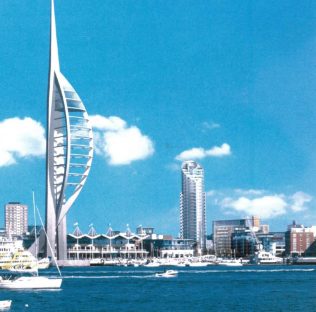 zoom
An artist's impression of the Gunwharf Quay's development, complete with Spinnaker Tower. A brand new John Lewis Portsmouth was to play a vital part in the development plans, until the whole idea was scrapped in late 2005

In November 2004, the Gazette announced to Partners the Partnership’s intentions to open a new, state of the arts John Lewis Portsmouth anchor store within Portsmouth city centre’s Northern Quarter redevelopment scheme. This scheme went along with the £250 million Gunwharf Quay’s waterside development, and the building of the 170 metre high Spinnaker Tower, to offer a three-pronged rejuvenation project for Portsmouth. With proposed opening date of 2009, it was clear that John Lewis Portsmouth would have a monumental part to play in the shaping of the city’s future.