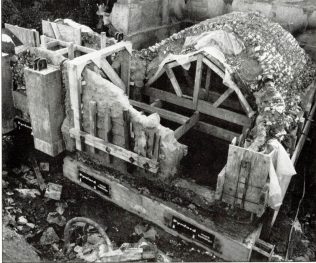 zoom
One of the medieval dwellings found during the excavation of the Kingston site. The dwelling was later moved, and made an integral part of the Kingston Heritage Trail 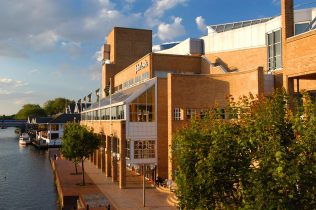 On the 8th September 2010, ‘John Lewis Kingston’ celebrated its 20th year of trading. And what a 20 years it had been. The store had gone from strength to strength, and yet refused to let go of tradition. The branch of Waitrose trading from the basement of the store had done wonders, and the two teamed up to put on a 20th anniversary bonanza!

An undoubtedly bright future lay ahead of the branch. Importantly, the past was not forgotten, and in fact was actively celebrated. A history dating back 800 years was intricately placed within the very foundations of the new building. Parts of the old Kingston Bridge, dating back from 1150 were retained in the design, and the undercroft of an old medieval house was carefully lifted out of the building works to safety. By 2010, the undercroft was a central part of the Kingston Town Heritage Walks.

In October 2013, a multi-million pound refurbishment was completed at John Lewis Kingston. The project resulted in considerable ground floor increases and allowed for a number of departments, including beauty, fashion and gifting to expand. Customers and Partners have spent the time recently getting used to the added space.