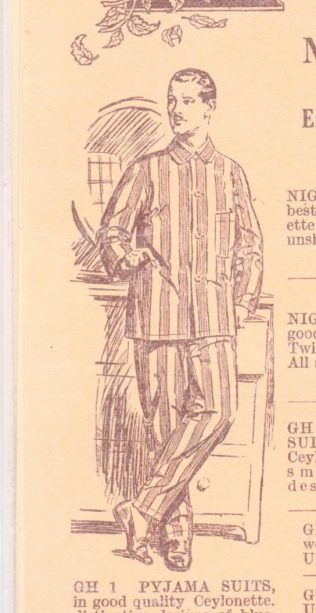 Hawley Harvey Crippen moved to Camden Road, Holloway North London with his second wife Corrine Turner in 1905. Dr Crippen, an American, had originally moved to London in search of a career as a doctor. He had largely failed, much like his wife, a fading ‘music hall’ singer, who was known to have had a string of affairs throughout their marriage. When Crippen had his own affair with a young typist called Ethel Le Neve, relations at the Crippen household quickly deteriorated.

The last that anyone saw of Corrine Turner was at a small dinner party held for some ‘music hall’ friends at the Crippen residence. Two weeks later, Ethel Le Neve moved in to the Crippen’s house, and was seen wearing Turner’s clothes and jewellery. From this point onwards, questions over Corrine’s whereabouts started. Crippen originally told inquisitors that his missing wife had gone back to America. Two weeks later he announced her death in a theatrical newspaper. He might have got away with everything, had not Corrine’s friends from America visited London. They refuted the claims, and the investigations were heightened.

The house of Dr Crippen was searched four times by police for human remains. The first three searches proved fruitless, but on the fourth, Chief Inspector Walter Dew of Scotland Yard stuck gold. Unfortunately for him, not literally. Instead he found human remains, wrapped up in a clearly labelled shred of pyjama jacket bearing the legend ‘Shirtmakers Jones Bros (Holloway) Ltd’. The limbs, head and bones had all been removed from the body, making identification impossible. The pyjama jacket would be of vital importance when Crippen was brought to trial.

By the time of this final search by the police, Crippen was on board a ship to Canada, with mistress Ethel Le Neve dressed as a boy. The ship’s captain, suspicious of the pair, sent a marconigram to Chief Inspector Dew, who, after a high speed chase to catch up with the boat, arrested Crippen. The marconigram led to Crippen becoming the first criminal to be captured by wireless communication.

At the trial, much of the evidence amassed against Crippen was circumstantial. For example, traces of a rare poison, hyoscin, was found amongst the remains. Crippen had bought quantity of the substance only days before his wife disappeared. It was not however enough to convict Crippen.

Crippen’s main defence was that the remains had been buried under the coal cellar before he and his wife moved to the house. This defence was blown out of the water by one James Chilvers, Menswear Buyer, Jones Brothers, called to the witness box to comment on the Jones Brothers pyjama top, and its‘Shirtmakers Jones Bros (Holloway) Ltd’ label. Chilvers testified that the label in the pyjama top showed that the pyjamas must have been bought after 1906 when the limited company was formed. He also produced a copy of a sales check showing that Corrine had bought just a pair of pyjamas in the 1909 January sale. The Jones Brothers buyer’s testimony was the turning point in the case, and was enough to eventually convicted Dr Crippen. He was hanged on the 23rd November 1910.