The Seventies: an uphill struggle 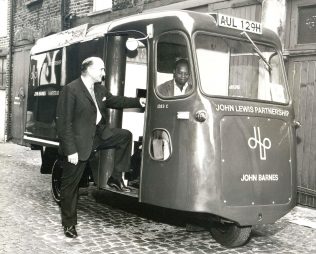 The dominance of the food hall over sales was frankly worrying for the rest of the department store. Matters were made far worse by the opening of the Brent Cross Shopping Centre a mere three miles away. Not only was it the country’s first indoor regional shopping centre, but John Lewis Brent Cross was the anchor shop. The Partnership for a while considered moving the entire business and its employees to Brent Cross, but unfortunately received no good offers for the old John Barnes site. Trading continued, but not before several ‘heavy’ departments were dropped, including bedding, carpets and large electrical appliances. From this point onwards, it seemed only a matter of time before the store was closed all together.