Introduction, the plan for High Wycombe 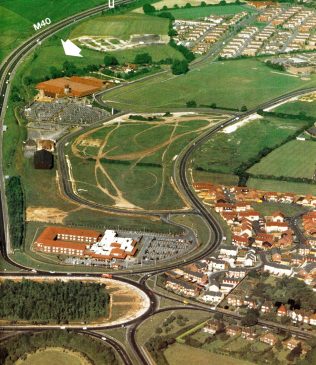 zoom
An aerial photograph, complete with arrow, showing exactly where John Lewis High Wycombe was proposed to be built

Taking on the Thames Valley

The plans for a department store to be built just outside High Wycombe were first announced to Partners in the Gazette of 12th July 1986. The prosperous Thames Valley had been an area of interest for the Partnership for some time, and when the opportunity arose, the Partnership calmly took it.

The site was chosen because of its geographical suitability and its trading potential. Right next to the M40, accessibility and visibility would be exceptional. The Partnership was also capitalising on a change in retailing and the growth of the ‘out-of-town’ shopping centre. The store would concentrate mainly on providing furniture and furnishings, and there would in fact be no fashion department. This was a conscious decision to align stock with the store’s geographical location. It was decided that fashion shopping was rooted in the town centre. The new department store would not try and contravene this. If the Partnership’s experiment with the ‘out of town’ format was to work, High Wycombe would set a precedent when considering future locations.